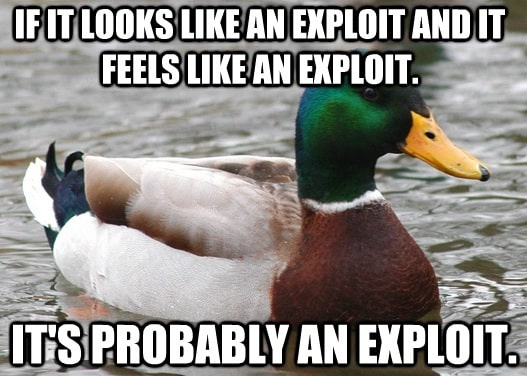 As we mentioned yesterday, there is a major exploit going on in SWTOR right now. Eric Musco took on the forums and informed players on the patch 4.3 exploit that was going around and has since then being fixed.

As many of you may have heard rumor of, there was an exploit which was introduced in Game Update 4.3. We have since addressed the issue and the exploit is no longer possible. However I wanted to share some details on what happened and what action we are taking. Without going into too much detail, there was an issue tied to certain players accounts which allowed them to very easily create large quantities of credits through use of in-game mail and trading. We got reports over the past few days that players randomly received very large sums of credits and this was instrumental in helping us find isolate who had participated.

As of this post, many of the offenders have had their accounts banned. If at any time since 4.3 launched you received a very large and unexpected quantity of credits through in-game mail, trade, the GTN, or saw them moving through your Guild please send me a PM with the following information:

Similarly, if you received a large quantity of credits do not move those credits. As with previous exploits, players who knowingly help exploiters avoid detection will also have action taken against their accounts. We are still investigating the accounts which used this exploit and we are in the process of removing that currency from the economy. As always, thank you to the vast majority of our players who did not participate. Many of you messaged us privately regarding the issue and were instrumental in us isolating and addressing the issue.