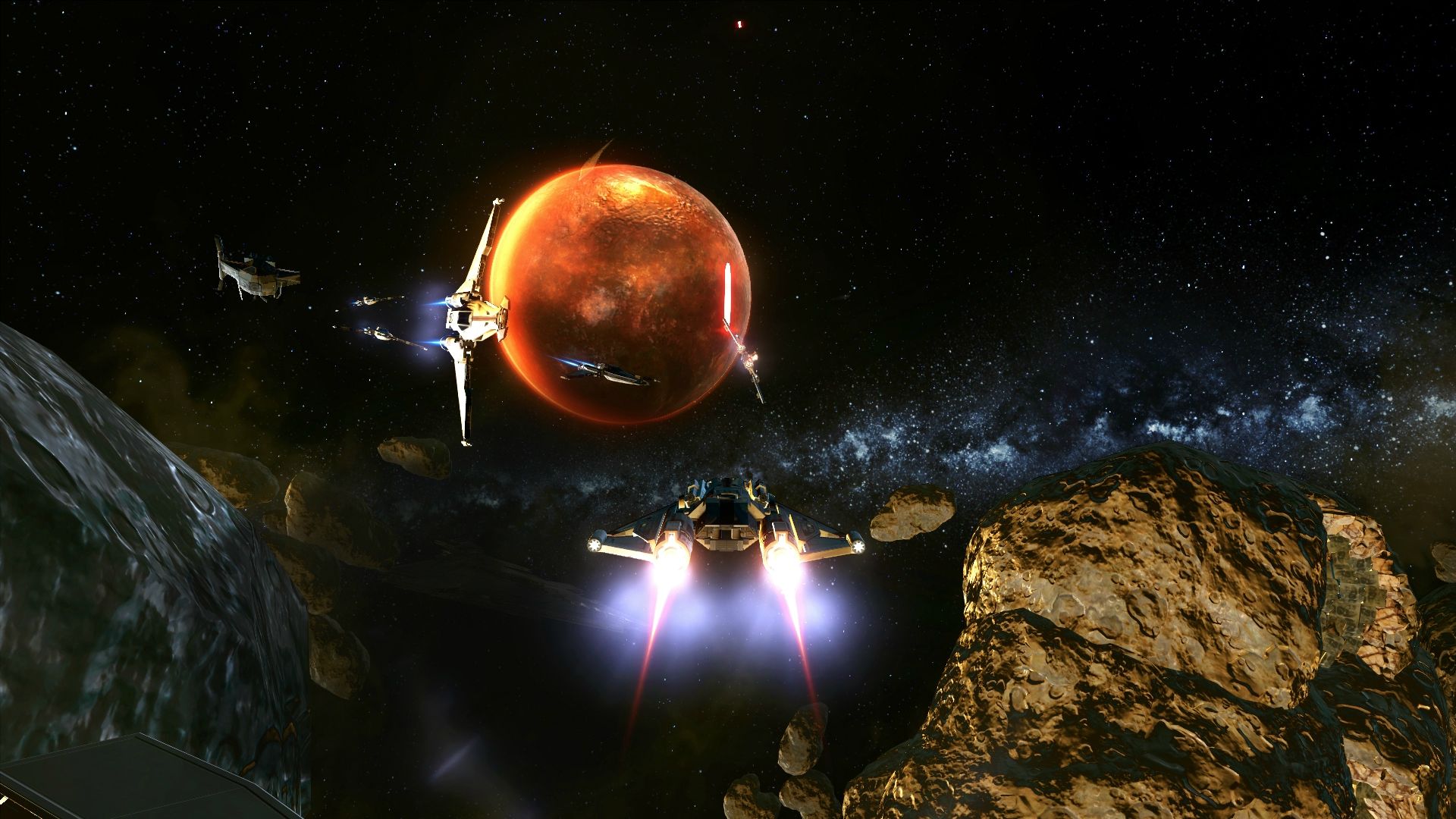 Originally Posted by Elminster_cs Can you explain what:
“Maximum leveling and progression” does it mean?
We will able to level this ships?
Although I cannot go into specifics yet, what I can say is that there is a system of leveling and progression for Galactic Starfighter itself, and just like the rest of SWTOR, subscribers will get a bonus to that progression.

That is really great to know. The “maximum leveling/progression” thing could easily be interpreted as gating off certain levels to subscribers, which would have ventured into “pay to win” territory.
Very glad to know it is just slower progression, like normal. Can’t wait to get to play.

Starfighter Passes, which offer Preferred Status Players and Free-to-Play Players faster leveling and progression speed, will be available for purchase in the in-game Cartel Market with Cartel Coins beginning January 14, 2014. Players will be able to choose a Weekly or Monthly Pass to suit their play-style. For Subscribers, maximum leveling and progression is included as a Subscriber benefit.

So F2P and Preferred will be able to unlock everything, but at a slower rate, is what I get from this statement