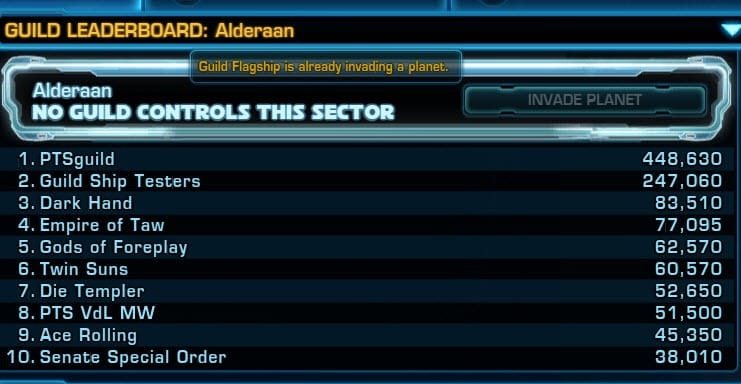 Due to bugs, the Conquests system will be turned off for the first month of Fallen Empire:

We have read a few threads about issues with Conquest rewards not being granted and acknowledge there is definitely an issue with that system. As a result, beginning on October 20th when we launch Early Access to Knights of the Fallen Empire, we will turn off Conquest events for at least the following month. Once we resolve the issue, we will let you know when to expect Conquest events to return.

For those who have not received this week’s Conquest rewards, we’re reviewing the situation and will give you an update soon.
As a note, it is likely that over the next few weeks leading up to Fallen Empire there may be continued issues with Conquest rewards being granted. If you choose to participate in Conquests between now and 4.0, please be aware you will not receive your Conquest rewards when the Conquest ends. There is no need to file a Customer Service ticket. We will attempt to grant them to those that have earned them in the coming weeks.

Thank you for your understanding.