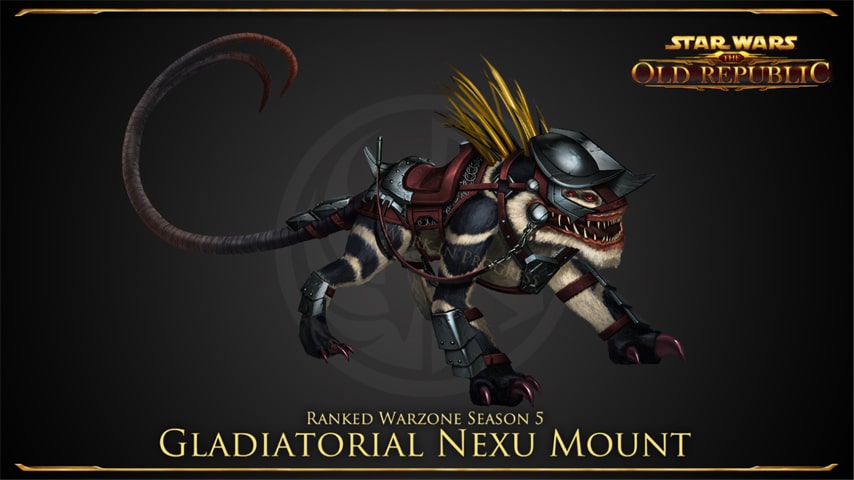 All Players who reached Season 5 Gold Tier in Star Wars; The old Republic, will get another Nexu mount as compensation.

As we mentioned before, with Patch 3.3.1 the plan was to issue each Season 5 Gold tier PvPer a new reward which would be exclusive to only them and would be a bit of a make-good for the issues that occurred in granting the reward previously. We wanted to make sure to give you something which is comparable to your previous Gold tier reward but still something special. So when maintenance is over today Season 5 Gold Tier characters should have a different and new Nexu mount in their mailbox. This Nexu shares the same model as the Gold tier mount but with a new, traditional colorization pattern.

If you were a Gold tier participant in Season 5, check your mailbox and Giradda’s Special Pet Nexu will be waiting there for you! If you have transferred or renamed your character since Season 5 you might not have received your mount. Please contact Customer Service and they will work with us to investigate and make sure everyone who earned the mount receives it.

Thank you all for your patience, jump in and enjoy Season 6.