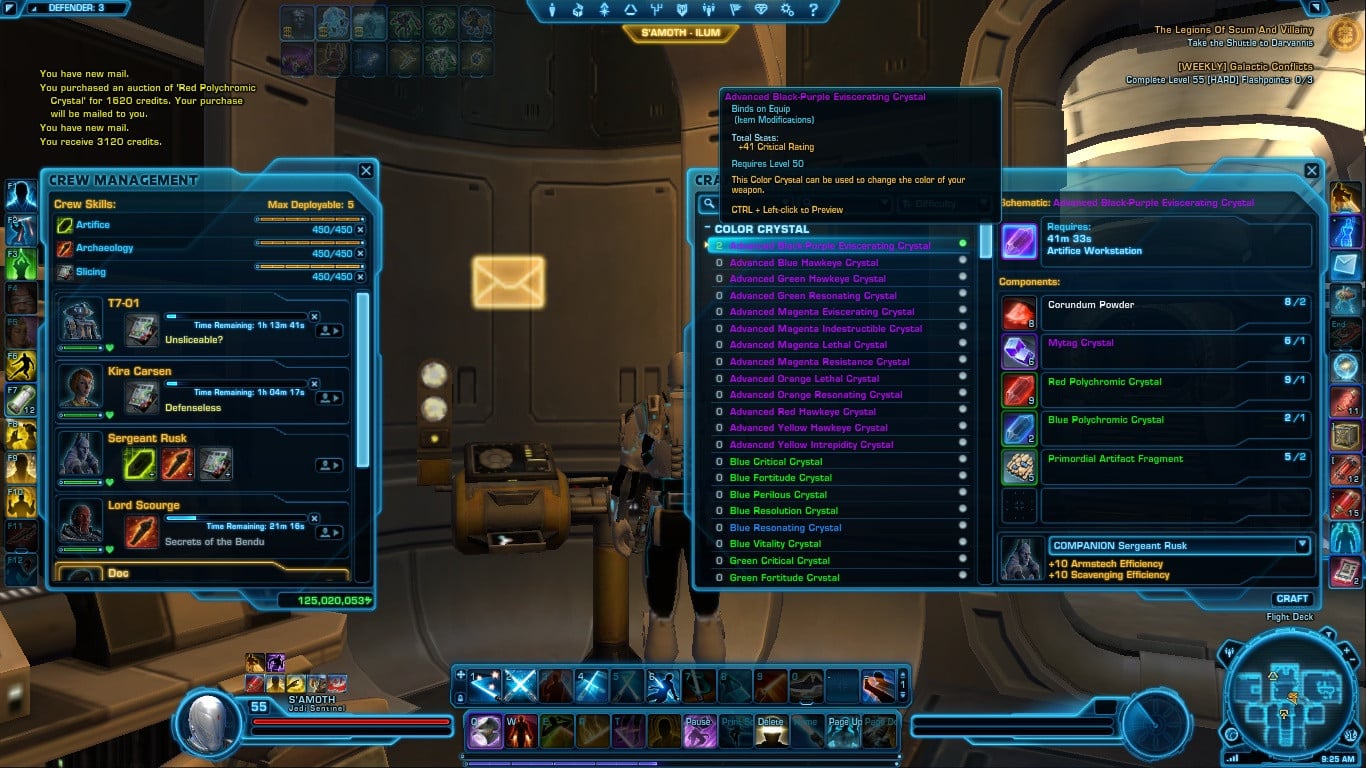 BioWare posted another blogpost, laying out the crafting changes in Fallen Empire from the SWTOR developers.

In Knights of the Fallen Empire, we are making quite a few adjustments to how Crafting will work. In this blog we will cover each of these changes and how they will affect your character in Fallen Empire. Ultimately we had a handful of goals for our crafting changes:

General Crew Skill Changes
While leveling in Star Wars: The Old Republic, we want to ensure that Crew Skills are a way to help supplement your experience. We have made a few changes to help streamline your experience with Crew Skills from 1-65, including some quality of life changes:

Crafting Skill Changes
Every Crafting Skill has received new patterns that will fall into one of the 8 Grades. In most cases, these items are improvements over what you were able to craft previously. With this change, all existing Schematics that are not part of Fallen Empire have been moved to the “Archives” category in your crafting window . These older schematics are still available to craft in case you still have a need for them. Here are some of the other changes affecting Crafting:

Along with these general changes which are affecting Crafting, there are some more detailed changes which impact very specific Crafting Skills . These changes are to balance the six different crafting skills with one another, in light of the stat changes in 4.0. Here are those changes:

One of the other considerations for Crafting is how it will affect the Elder Game. We have made quite a few changes to what crafters can do at Elder Game:

Crafting Material Removal
Along with all of the other changes we are making, we are going to be removing many of the current crafting materials in the game. When Fallen Empire launches, any of these materials that you have will automatically convert to their equivalent counterpart. Example: Plasteel is being removed from the game. If you have 100 Plasteel when Fallen Empire launches it will turn into 100 Plastoid.

The following Materials are being removed from the game:

We hope that you are looking forward to all of these changes and more, coming in Knights of the Fallen Empire.