Ea just released a press release about the next expansion for Star Wars: The old Republic. The name of the expansion will be called Knights of the Fallen Empire, and more details to be revealed on monday.

Here are  the details:

The E3 presentation will start on 1 PM PDT on Monday June 15.

Here’s the one place to find all of the information about the SWTOR 2015 EA E3 press conference! I hope that you are ready to learn more about what our teaser from Star Wars™ Celebration is all about.

When?
The EAE3 press conference happens on Monday, June 15th at 1PM PDT.

Where?
Watch the press conference on our livestream, here.

What?
Learn more about what we hinted at during Star Wars Celebration. Let us know what you think on Twitter with #SWTOR #EAE3 #FallenEmpire

Thanks everyone! Keep your eyes on this thread if you want to be the first to know as we post updates here.
May the Force™ be with you!

With the press release, BioWare have teased with new images of the upcomming expansion via email and twitter. If you ask me, it looks like we will be getting a new CGI trailer: 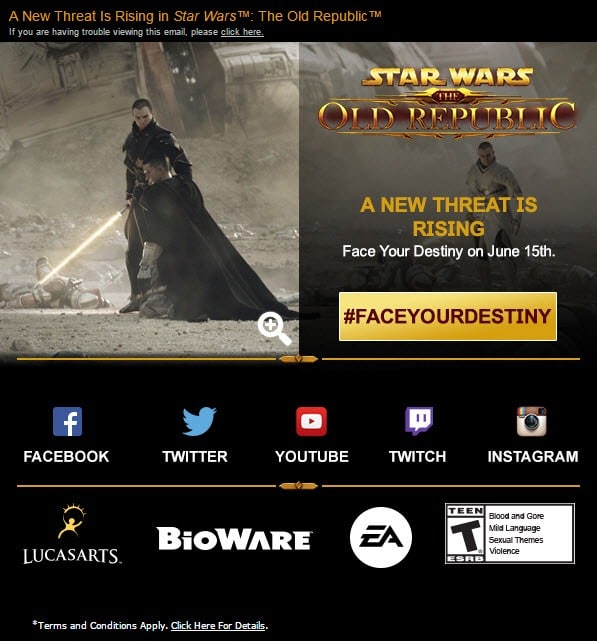