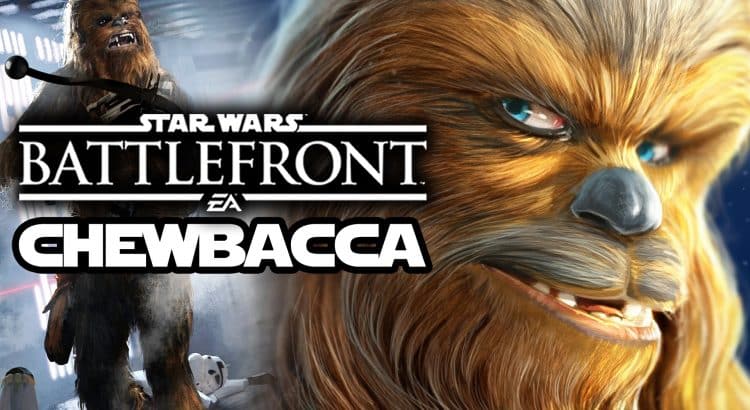 For a true Star Wars fan, the inclusion of heroes like Nien Nunb and Greedo before the iconic Chewbacca never made much sense, unless his delay was purposely meant to increase anticipation – which was probably the case indeed. With Battlefront’s upcoming DLC called Death Star, Chewie will finally take his rightful place as Han Solo’s trusted partner in the game. Exactly what sort of firepower the wookie will bring isn’t yet clear, as the only confirmation of his upcoming introduction is currently nothing but a flimsy screenshot posted by EA a few days ago.

Currently, there isn’t an actual trailer out for Death Star, but it is indeed a bit early for that: the DLC is only due out in September, and until then we’re bound to see more of Chewbacca in action.

The other hero delivered by the Death Star DLC will be Bossk, another bounty-hunter for the villains’ lineup. Although a character feared throughout the Star Wars galaxy, celebrity-wise Bossk is clearly Chewbacca’s inferior, as are most of the other heroes already featured in the game.

The new location brought by the September DLC is obviously the Death Star, the moon-sized base which will be the scene of super-charged action, leading right up to the moment when Luke Skywalker blows it all up.

EA have promised that they would uncover more details about the upcoming DLC soon.

In other Battlefront news: the long-promised skirmish mode went live last week, delivering a single-player experience which – by all accounts – has turned out quite underwhelming. The two Skirmish modes, Walker Assault and Vehicle Battles, aren’t much different from their previously implemented online counterparts, and they only exist because of player backlash. To make a long story short though: players can now experience the game through these modes in a pure fashion, void of the presence of high-level, OP human opponents.