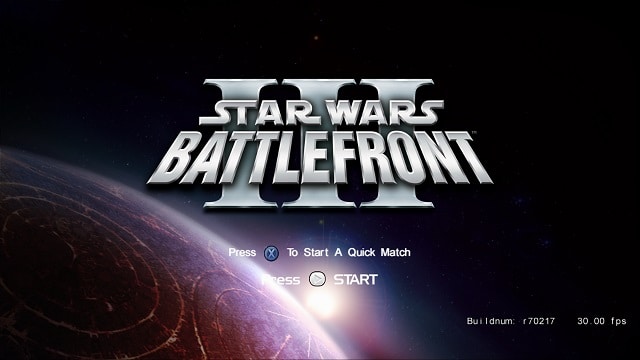 We know how much some fans want to see Star Wars: Battlefront III. Some want it so bad, in fact, that they want to remake it themselves. The controversial and ill-fated shooter was in development with Free Radical before it was cancelled and many fans were upset by the news. It’s been almost a year since then but Eurogamer has some info that might indicate a reboot.

“Now, fans of Free Radical’s effort at Russia-based Frontwire Studios are attempting to remake this version of Battlefront, retitled Galaxy in Turmoil. The project is live now on ModDB. The small developer is also asking via Reddit for anyone else with coding experience to get involved.”

As you probably already know, a lot of the gameplay from Battlefront III (or what it would have been) has been leaked online. We are able to see a lot of info about the levels, capabilities and even the characters. While we all know that what a game looks like in development is rarely anything close to what it looks like at launch, it still gave us a lot of info about what the game was to be about, before it got the ax.

As Eurogamer says, “Recapturing all of this will require plenty of work, but the game will face a far larger challenge should Star Wars publisher EA get involved.

The project is set to be released for free, but any game using the Star Wars license without permission risks evoking LucasArts and EA’s ire – especially one which highlights the official Battlefront’s shortcomings.””

Here’s a video that gives you an idea of how things are coming along.

And here is another:

And here is a Coruscant simulation:

So while it’s still obviously a work in progress, it’s not bad looking. What do you think? If they complete the project, would you want to play it?