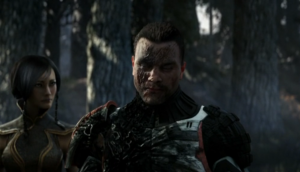 EA’s press conference for this year’s E3 just finished… and as expected it finished with a smashing The Old Republic cinematic trailer. I Just wanted to put together a quick post that details the things we’ve discovered today, the day BEFORE E3 officially begins!

Oh, one final thing, they also confirmed that people will be able to get hands-on experience with the game during E3, so I’m sure that we’ll get plenty of reports on that in the coming days. Possibly even some gameplay videos.