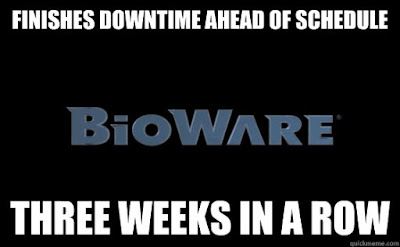 It’s Tuesday and BioWare have once again had their weekly server maintenance. Servers are back up now -way earlier then promised for the 3 week in a row. You can check out the latest patch notes below.