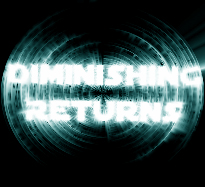 Where did your guilds name come from?
The name Diminishing Returns originated from a conversation me and a friend was having about a year back. We were talking about how diminishing returns affects you in WoW and managed to somehow come to the conclusion it would make a catchy guild name.

Can you give me a quick 2-3 sentance description of your guild?
Diminishing Returns is planning to be an active social guild, offering all aspects of game play such as planned fun Random Events, Flashpoints and PvP. We are also focusing on making an Operations group for any members planning to take endgame more seriously.

How did your guild come about?
We started out as a small social guild back on WoW about a year ago. Unfortunately the server we were on was suffering a massive decrease in members. We never really managed to grow as a guild. It was somewhat saddening and it was only recently that the guild disbanded out of lack of intrest in playing WoW

What kind of play style do you focus on? PvE, PvP, RP:
Although many guilds try and fail to create a surrounding that can follow all aspects of gameplay. I feel that with the right members in the right locations wit hthe right enthusiam, this can be reached. Diminishing Returns plans to offer all playstyles to its members. We feel as a guild that aslong as it has the right support, anything is possible.

What is your guild set up? How do you run your guild?
Diminishing Returns wants to offer players a place where they can play at their own pace without any pressure. Make new friends or play with existing friends if they are already members. We want our members to enjoy themselves!

How serious do you play and/or run the guild?
I’d say i’m pretty laid back when it comes to running the guild. I dont want to enforce my members but at the same time there are rules in the guild i expect all members to follow. Not only are they appart of the guild but each member is unwillingly an ambassador for the guild when they group with people that arent appart of our guild. I expect all guild members to set a good example for the guild as they may just bring in a new member without even knowing it.

Do you have ranks or a certain hierarchy in your guild?
We currently have 5 Ranks in the guild: Casual, PvP Division, Operations Division, Officer and Leader. Our divsions are ran by by officers that wish to pursue a specific playstyle. For example PvP, PvE and so on. Theese ranks are then given to players that wish to follow the same playstyle, making it easier for the guild and its officers to distinguish a players needs and wishes

Why did you choose the Republic?
I personally chose the republic because i’m naturally a good person. So making darkside decisions would be tough for me. But game wise i chose republice because i’ve noticed there’s more sith players than republic. Someone has to even the population hehe.

Why do you run a guild?
I’ve always somehow been given roles in previous games that involve somekind of management, be it officer or previous guild member. Back on WoW when DR was created i was actually elected guild leader. My friends believed i was the right person to lead a guild and do it well. Ever since then it came naturally.

How do you approach Raid Planning?
I actually have an officer that wants to be our Operations Division Leader. All future Operations will be planned and organized by him. That being said, i will only interfere if i feel it necessary.

Are you always open for new recruits or do you want to keep a certain guild size?
For the time being, i plan on staying open when it comes to recruitment. But will eventually slow down and even stop when the guild reaches a certain size. I dont want the guild to loose its sense of identity when it constantly takes on new members and becomes to big to manage.

Age Requirement?
I feel that resticting members by age is unfair. Everyone deserves a chance. DR follows a maturity level rather than age. Aslong as a player is mature and friendly, they are welcome at DR

Guild size?
Currently at 17 members so we’re fairly small. I’m aiming for about 40-50 members. I want to create a close knit group of friends that enjoy playing together. I feel this benefits the guild as a whole.

What makes your guild stand out from everyone else? What makes your guild unique?
I wouldnt say we’re unique, but i’d like to still think we stand out. One thing we do have is a very active community on our guild site. This to me is great news as it means members already feel comfortable. They already get one great. Its almost like the guild has had these members for a very long time. But to be honest, only a few followed from WoW. The majority of my members are all new.

How do you spend your time until release? Do you know each other in real life or do you spend a lot of time on forums?
I know a few members in real life so i speak to them alot. I also spend alot of times on our forums, the swtor site and trying to increase our guilds exposure. The guild also has a weekly get together every Sunday on our ventrilo server. This allows members to bond more easily but also get across any ideas/doubts that can be solved as a group rather than a single persons say.

What Other Games are you currently playing as a guild?
None at this present time as we recently disbanded on wow. This was due to lack of intrest in the game itself and a lack of population on the server.

One last question, if there was one thing you could ask the Dev’s to include, what would it be?
Thats a tough one. Maybe more rewards when flashpoints, operations and general group activity is completed as a guild. I know some already exist but more is always appealing and gives people to focus on content as a solid group.