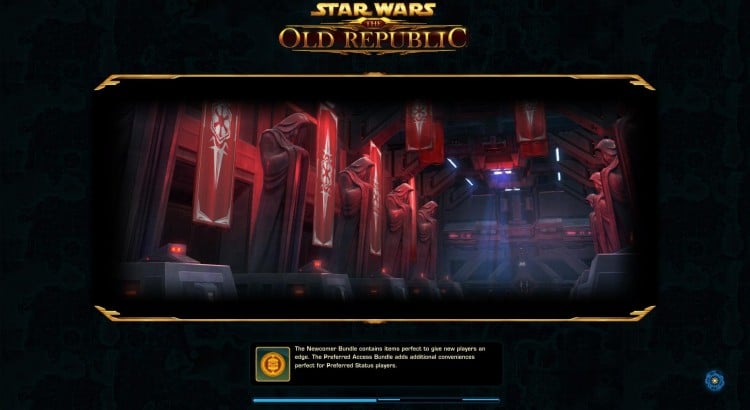 Many fans of SWTOR have expressed their interest in seeing Bioware give us more group content. Some want to see it so badly, they’ve started a petition to Bioware to add more new group content to the game. While some fans argue that Bioware has been listening on the forums and even on Reddit, always staying in tune with what the players want, so a petition isn’t really needed, it still appears the petition was done with respect toward Bioware and not at all bashing them.

A the time of this post, it has 911 supporters.

It reads as follows:

First and foremost, we are here to say this because we LOVE Star Wars: The Old Republic. You need to recognize this is coming from a good place. We want to tell you that enough is enough. We want to see change. We want to work towards transparency and develop a healthier dialogue between development and the loyal fanbase. We are enjoying the story you are releasing in the 4.0 patch, but we want new group content to be released that we can enjoy with our guilds, friends, and family.

As a player of an MMO in the year 2015, we play to enjoy an RPG experience in many different ways. We enjoy playing through your story, some of us have played an enormous amount of hours on multiple characters. Others of us enjoy doing content that can be played an endless amount of times with our friends. The content that is most repeatable and dynamic are Ops, PvP, and even GSF. This content is the LIFE behind a social game in the MMO genre. It is what guilds exist for.

Even players who do not necessarily play any group content can understand that a consistent effort to constantly improve this content is important for the game’s overall health. Everyone wants to see this game survive for a REALLY LONG TIME! Let’s create a dialogue, let’s get some more group content (specifically Ops, PvP maps, GSF), and let’s get the social aspect back into SWTOR!

We sign this petition together to show you, BioWare Austin, that we want change and we want to stick with you to the end!