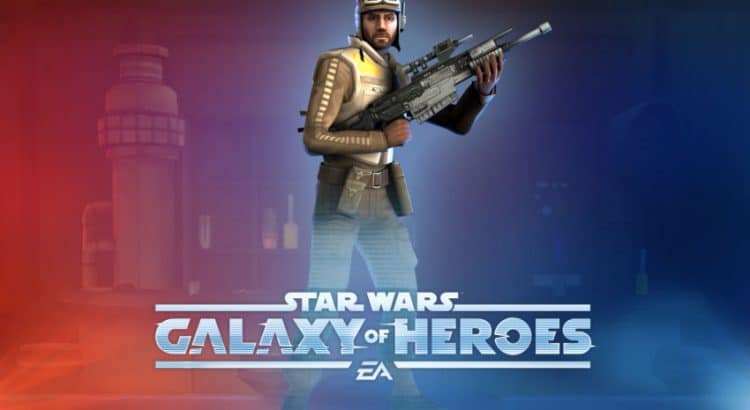 One of the main characters of Star Wars:  Rogue One – Cassian Andor will become part of Star Wars Galaxy of Heroes from next week. Check out the game update below:

What’s New: Events, Events and MORE Events!
For a listing of all the events scheduled for the game through January, please refer to @EA_Jesse ‘s Tournament post linked below
Event Information

New unit- Cassian Andor
A Rebel support character, Cassian gives his Rebel allies buffs at the start of each encounter, giving an immense advantage from the very start of a battle. An accomplished tactician, Cassian is best utilized to cripple his enemies with debuffs, leaving them easy pickings for his allies to finish off. He also has great synergy with K-2SO! Speaking of Cassian, that neatly dovetails into…

Cassian Tournament
Battle against other Galactic Champions to earn the new character from Rogue One- A Star Wars Story- Cassian Andor! This tournament should fire off Wednesday, Dec 21.

Omega Battles
Starting in January, Log in every 1st and 3rd weekend of the month for the Omega Battle Events! Earn rare Ability Material Omega pieces during these limited time events!

Double Drops in Cantina Battles!
In celebration of the release of Rogue One: A Star Wars Story be sure to level up with EXTRA REWARDS! Cantina battles will have double drops from now until Tuesday, December 20th.

Daily Login Character- Finn (PREVIEW)
Please note these changes are NOT in this update
Thanks to community feedback, Finn has been updated to herald his arrival as the daily login character for January!