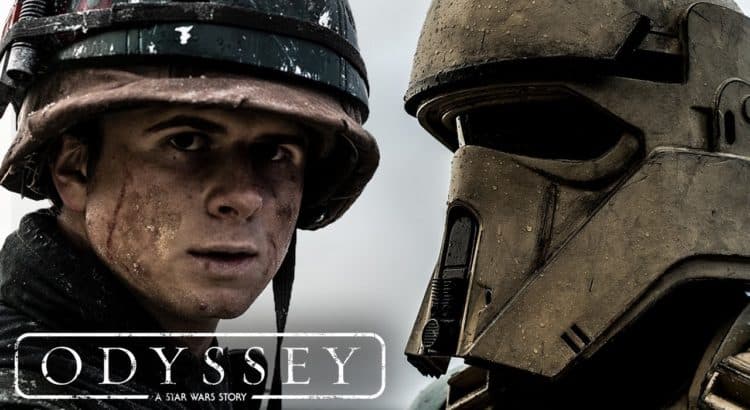 Odyssey has been a project in the works for over two years! It was a labor of love, talent, and hard work for sure. They have done a truly amazing job with this one. Honestly, it’s so above caliber that I almost don’t want to call it a “fan film” (and you guys know how much I love my fan films).

Ever wondered what it would be like to see stormtroopers in a film like Saving Private Ryan?

Well, this fan film is as close as you can get. This film is set in the Star Wars universe and it’s all about a war, and follows the life of a young rebel named Quinn on his first mission with the Odyssey Squadron.

It has dramatic and uplifting music, great costumes (Rebel and Imperial uniforms that look professionally-made), great stories, and realistic acting. It ticks all the boxes for a really Grade-A film.

The short is just over 12 minutes long but you will be fully immersed every second of the way. Seriously, I can’t wait for them to make more. This story isn’t finished!

Learn more at Odyssey-film.com and check out their updates, merchandise and more! We need to support fan projects like this so we can see more of them.