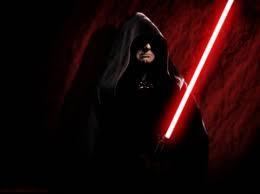 Launch has happened. The galaxy has felt the scarring power that the Dark Side brings, cleansing weak from strong and enslaving those that no longer can stand for themselves. The Sith Inquisition has begun organizing to purge the last remnants of Jedi from the Republic and solidify our unquestioned victories throughout the Empire and Republic. Throughout all this, we have been active on both our twitter and youtube channels posting starship loads full of content and news, you’ll find links to both at the bottom of the channel.
We come here today to discuss one major topic with you, and that is fear. Fear is our tool, one that the weak Jedi ignore, feel is too vile and corrupting for their own good. This opinion piece doesn’t touch on Jedi or Sith, but on competing companies against Bioware and EA. Through our research and thanks in part to Davlen at ShuffleTime, it’s come to our cumulative attention that Blizzard has and is dumping immense sums of money on advertising with major networks before and during the launch of The Old Republic. As the Sith Inquisitor loves accusing people of: “Is that fear I smell?””.
I’m not about to accuse that Blizzard is actually losing much to TOR, we don’t have numbers for World of Warcraft in the last month or so yet, but we do know that the numbers for TOR are between 1.6mil and 1.8mil. As confident as Blizzard should be in their position as a major money maker, I personally think they also understand that ToR is their best competition yet, and that if they completely ignore them there could be a problem as Bioware continues to push themselves. We could see a major battle of the B’s over the next decade.
Looking back at the advertising numbers I mentioned earlier, we can use a specific example to emphasize the point I want to make. According to our research, the highest tiers of costs for an advertising rotation on ESPN costs aprox $800,000 USD. Estimations that I made personally based on years of experience in the broadcasting industry put Blizzards thirty second purchased rotation count at between three and four. Based on these numbers, one can estimate that they have spent between $2.4mil and $3.2mil in advertising just on ESPN alone.
What do all these numbers mean? Well they point back at the obvious position, in my opinion, that Blizzard is in. They understand that TOR is going to be a threat to them as the years progress, and Mists of Pandaria comes and goes, and they’re acting on that biting but realistic fear of their unquestioned empire. It’ll be interesting as the next five years progress to see how these giants compete and batter at each other, but for now, we can only speculate.
In Sith Inquisition news and updates:
We have a whole slew of new videos in our Rise of The Inquisition series posted, here’s one of our latest!

We also have a playlist with all the episodes listed in order right Here!

You can email The Sith Inquisition with any news, bounties, or event notices and we’ll get them out on our news feeds. You can email us at TheSithInquisition@gmail.com