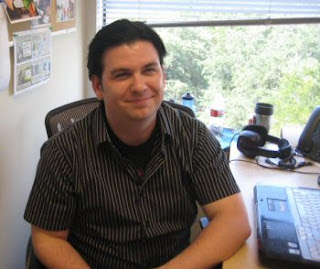 What began today as a rumor, has now been officially confirmed: Sean “AshenTemper” Dahlberg has departed Bioware.

Sean served as Community Manager for the Star Wars: The Old Republic community, and this story originally began as a simple rumor posted to the official SW:TOR forums this morning. The rumor asserted that, according to “various sources” Sean had left the company. The post’s author, “Lauren”, pointed to Mr. Dahlberg’s Twitter account, which no longer reflected his position at Bioware, to reinforce their claim.

Sean Dahlberg has recently left BioWare. We would like to thank Sean for doing a great job building the TOR Community and we wish him well in his future endeavors!

Sean himself confirmed it on his own blog with a post just a short while ago:

No, I’m not terminally ill. No, I didn’t break any bones. No, I didn’t run off and get married. No, I didn’t stay in Germany and run off with anyone. No, I haven’t left earth and taken residence in my very own Death Star to begin the final stages of galactic domination… although that one would be pretty cool. Yes, as announced, I am no longer with BioWare.

I guess we can start posting leaks again 😉