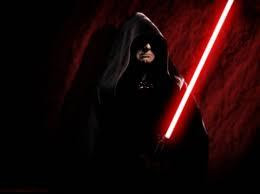 In these days between the end of the beta and the beginning of a glorious dawn for the Sith Empire, we have time to sit back and look at what makes us Imperials greater than our weak light side brethren. Why consider us better, why do we even embrace the Dark Side in the first place? As strange as it is for good Sith such as ourselves to think on these things, it’s not unreasonable to want greater knowledge on our existence and what makes us stronger, then use that knowledge to again reinforce our place at the top.
Is it our unyielding focus on strength that allows us to trump the Jedi, or is it the idea that we don’t fear reaching into ancient and dark knowledge for greater untold power? Does our constant desire to prove ourselves over our superiors make the next generation all that more powerful than the last? Perhaps it’s our full embrace of fury, hate, and passion that will always make us stronger than the Jedi and their weak dedication to balance that always is so fun to corrupt and twist? All of these are very relevant ideas that would fit the bill, but I think we can push ourselves to discover something greater.

Let’s inception this and go deeper. With all those questions and reasons previously stated we have a very good start on what actually makes Sith stronger, but they’re all on the surface; effects of a greater underlying cause. In short, we are Sith, because there is a greater good that we all recognize as important. That greater good is the continued survival and health of the galaxy as a whole, which is directly reliant on us at this point.

You may ask, what would the health and strength of the galaxy have to do with the Sith and the Empire? The answer is actually right in front of our faces, especially with how bloated and wretched the Republic had grown. Sith are the cleansing white blood cells flowing through the veins of the solar systems and planets that limp on, barely surviving with out our cleansing aid. We purify sector by sector, removing the weak and enslaving the lesser peoples. We are the ones who work to bring order and law to the galaxy, purging the chaos that the Jedi have allowed to endure without our stern hands.

Not only do we cleanse and clean those without, but we monitor ourselves and eagerly remove anyone whom corruption has gripped in its wretched paws. Indeed a young, powerful Sith apprentice killing off his old, weak master is a way of cleansing and renewal that many view as being near cannibalistic. If we are to dedicate ourselves to the ways of the Sith, and to order, power, and fury, then should we not also turn our gaze upon ourselves as much as it is on those around us? We must bleed for our wounds to heal and scar tissue to reinforce our bodies.

This is all well and good on the surface, but what of the Dark Side’s darker habits? What makes our lust for untold knowledge and hidden secrets a good thing, and why do we seek to destroy the Jedi out of a pure hatred for everything they are and stand for? To understand these things, we must toss aside our common conceptions of good and evil, and accept that some actions must be undertaken in order to preserve the long term well being of the galaxy. Simply accepting that the Jedi exist would be a travasty, their caretaking of the galaxy has been atrocious with continued unwillingness to shore up any kind of major defenses, as well as a complete denial of action in conflicts that threatened the Republic.
Take for example the Mandalorian invasion of the Republic that lead up to the rise of Revan and Malak and their acceptance of the Dark Side and it’s offer of power. They did what was necessary to protect the universe from a destructive, chaotic invasion when the Republic needed them to. Revan accepted responsibility and acted. The Jedi represent all that allows corruption and chaos to exist, and as such it is our purpose to use our hate and rage to purge them from the galaxy. What of the dark secrets and knowledge though, why should we seek them when many times they could endanger the galaxy? The answer is simple: If we do not deal with the problem as strong, responsible Sith, then another weaker being could stumble upon it and be unable to prevent any disaster that comes from their floundering. We take the danger and risk to know the things weaker beings cannot and should not.
In many ways, we are more noble than the high and mighty Jedi see themselves as. We are the cleansing force reaching across the galaxy, imposing order and law where there was only the chaos of trillions of lesser beings flailing about for something that might give their lesser lives meaning. We are the ones to remove corruption, stripping masses of useless fat from the systems and sectors and replacing them with rigorous standards and strength. As much as our bodies and spirits may only be temporary, our ideals and the Sith Code shall endure to make sure the strength through our bloodshed shall endure for eternity.
We Are Sith.
Now for Inquisition News,
We have a new video posted, make sure you watch it in all it’s HD glory!
Look forward to a news broadcast on our youtube channel later on this afternoon, you can subscribe to our youtube page right Here.
Make sure you get all our updates by following our twitter feed right Here!
If you would like to get in contact with us to give us news or events notices to put out on our twitter feed or news broadcasts, you can email us at TheSithInquisition@gmail.com