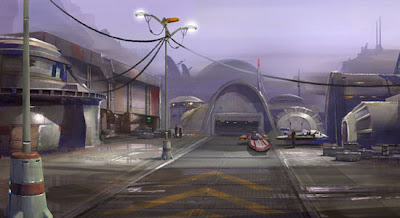 Our good friends over at RepublicTrooper.com, has something really interesting to keep you entertained – least part of the time that you are waiting on that December 20th launch date. Mike Kern brings us Secrets of the Mind part 1 and 2 for your enjoyment.

Here’s a snippet of Part 1:

Marik watched his sister float in bacta, unchanged for weeks. After the disaster on Balmorra, he had gone for more intensive combat training while she underwent surgery after surgery. Despite all the efforts of a dozen surgeons, Kira had lapsed into a coma. Leaving her side was the hardest thing he’d ever done and the six weeks spent on Ord Mantell had felt like six months. Returning to Coruscant was all he wanted and now that he was here, he felt helpless and useless.

Marik stiffened and snapped to attention as he whirled on his heel. The voice that had called him by his MOS was Colonel Shiod, a smart human male in his late fifties, and head of Special Systems Intelligence. His boss. His mentor. A man who inspired both awe and fear at the same time.

You can read it all in full on the RepublicTrooper.com site and when you’re done, click on over and read Part 2 to find out what happens next to Marik Thorne. It’s a great read and really fun stuff. Big thanks to Mike Kern and RepublicTrooper.com for sharing it with us all!