This week, BioWare reached 250,000 “likes” on there Star Wars: The Old Republic fan site. In response to this, the BioWare team released a new Concept Art image of Ord Mantel. As far as I can see that makes it the second largest fan page for any MMORPG on Facebook, only toped by World of Warcraft with 342,919 likes.

Due to this accomplishment, a new image will be released weekly via Facebook.

This week, we reached 250,000 likes! Were honored to have so many enthusiastic fans, and to celebrate we will begin releasing a brand new Star Wars: The Old Republic image every week just for you. Thank you all for your support, and enjoy the very first Facebook Image of the Week! 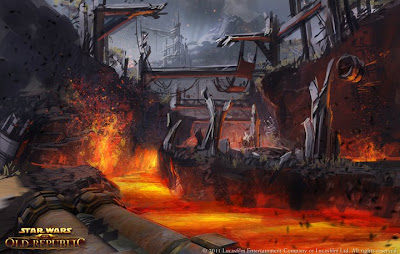