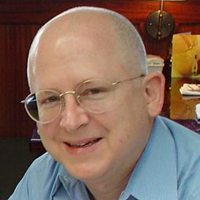 EA said in a statement that it’s “business as usual”:

“”It is business as usual at all BioWare studios, where we remain committed to creating, delivering and evolving the most emotionally engaging games in the world,” concluded the statement. Electronic Arts is the parent company of BioWare, which also develops the Mass Effect and Dragon Age role-playing franchises.

Mobsters and Sorority Life creator Playdom, recently acquired by Disney for a handsome $763 million, is among the top developers of social games on Facebook.