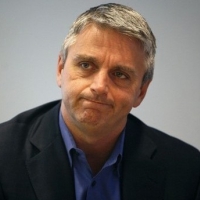 In a presentation at an investment conference Tuesday afternoon, EA chief executive John Riccitiello noted some of the company’s up-coming releases for the year that he expects will boost the company’s share in two key areas of the video game market–first-person shooters and massive multi-player online, or MMO, games.

EA has high hopes for Star Wars: The old republic expecting the game to come out sometime late in the calendar year 2011.

Riccitiello compared the Star Wars: The old republic to “World of Warcraft,” the most successful MMO game in the market that is produced by Activision’s Blizzard unit. He praised “Warcraft” as one of the “greatest entertainment properties ever built,” but believes the “Star Wars” universe could topple it.

“We want to take share,” he said of the MMO category. He added that SWTOR is being built on an improved technology platform that is going to look better than its rivals in the market.