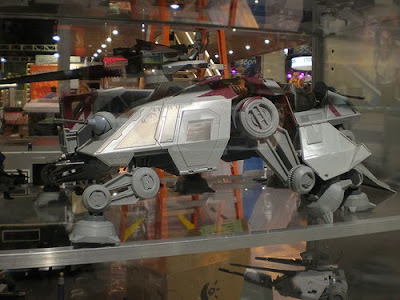 Lucasfilm isn’t shy about diving deeply into Star Wars lore to churn out plastic toys based on the people, starships and beasts of George Lucas’ universe(s). But what about turning those Star Wars video games into action figures?

Sounds like two upcoming video games could be ripe for Lucas exploitation. According to the September 17 episode of The ForceCast, answers from an interview with Hasbro’s Derryl DePriest confirmed the plans:

0:44:00 – And as we look at 2012, that’s really where we think we’re going to look at The Force Unleashed II and The Old Republic. We have to work in some of those great characters.

Of the many, many Star Wars video games, how many of them have been rendered in plastic 3 3/4″ form? As a lapsed Star Wars action figure collector, I’m asking you, hoping for an answer.