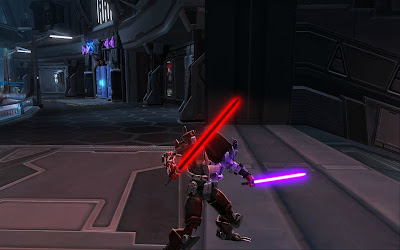 Now that we are coming up on a month since the official launch of SWTOR, how are you feeling about the game? Are you playing it? Are you happy with it? Are you 50 yet? While many gamers are still exploring the worlds of SWTOR, EA says they couldn’t be more happy with the launch.

In a story at Industry Gamers, we hear more about how EA is happy with the launch.

They report:
Star Wars: The Old Republic has gotten off to a good start with more than a million users already in the game as of Christmas week. The first ever MMO launch from BioWare hasn’t gone as smoothly as some would like, however, with some players experiencing trouble connecting to servers and others suffering from bugs and performance issues. That said, EA COO Peter Moore is thrilled with the response to the game so far.
Speaking to IndustryGamers during a phone call, Moore says:
“I was watching every hour of every day because a lot of the work we needed to do in Customer Experience reports directly to me – even though BioWare handles its own customer service as you probably know. But look, there’s a reason it’s an MMO; it’s a massive game and when I think of all the MMOs I have seen launched I can’t think of one that has been launched flawlessly. There’s so much you don’t know and when you’ve got a million people coming in and playing, I’d like to be able to guarantee a completely flawless experience from a technology perspective, from an interaction perspective, but again I look at it every hour and when we look at the queue times to get on the servers, the amount of downtime that is scheduled, it’s green lights all the way. I couldn’t be more happy,” Moore remarked.
Great news that EA/BioWare are happy with the launch of SWTOR. Overall, the community seem to be pretty happy with it as well. Now the real question lies in whether or not they will continue to find success in the game over time. What do you think?
Read more at Industry Gamers.
0
SHARES
ShareTweet