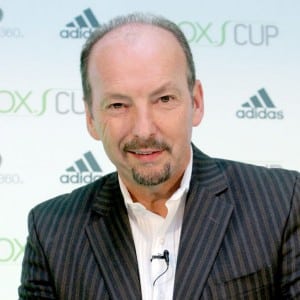 BioWare has had a challenging year of ups and downs. There has been a lot of criticism of BioWare after the launch of Star Wars: The old Republic. In fact, the last 18 months have been rocky for BioWare. First, there was the disappointing release of Dragon Age 2 and then SWTOR did not perform as well as predicted and finally, there was the drama over the ending of Mass Effect 3.

So it’s safe to say this has been a challenging year to year and a half for BioWare. However, this doesn’t mean the company has sunk. They are still a leader in the industry and Peter Moore, EA COO, has a lot of confidence in the future of BioWare.

BioWare has called on player feedback as it creates Dragon Age 3, released free downloadable content to add context to the divisive Mass Effect 3 ending, and announced a free-to-play option to SWTOR as subscriber numbers plummeted.

So, it’s been a difficult period months for BioWare, once a developer that could do no wrong in gamers’ eyes. Is EA losing faith? Not so, Moore told Eurogamer. “They’re doing great.”

“”You say the last 12-18 months, I think of three things: I think of Star Wars: The Old Republic, I think of what Mass Effect 3 has done and all of the offshoots we’ve done of that, and then a little bit further back Dragon Age. So from that perspective I think the studio has done great,” he said.

So while it’s been a difficult period of time for BioWare, this doesn’t mean they are throwing in the towel. BioWare is a company that has long looked for player feedback to help them know what direction to take with their games. They have often been criticized for these methods but many BioWare fans love this aspect of the company.

While it’s been a rocky year for BioWare, Moore had positive things to say and he thinks we will see more good coming from BioWare in future months. Could SWTOR free to play be one of those things?