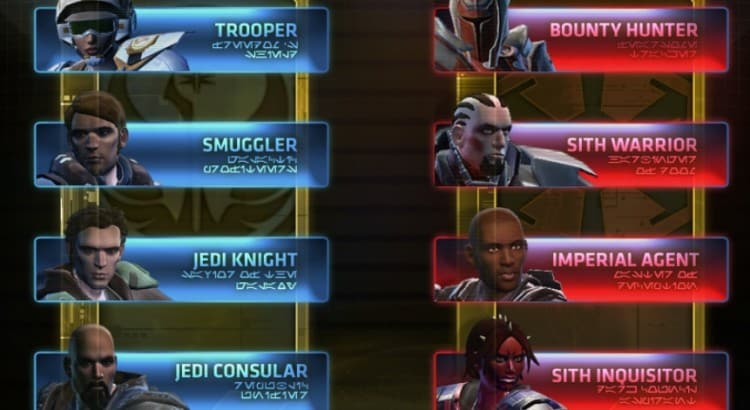 If you’ve ever wanted to know how BioWare created the SWTOR classes, you’re in luck. There is a special guest post series on StarWars.com from SWTOR lead designer, Michael Backus that tells you all about it. You can see Part 1 here, which talks about the Republic. Blakus has been on the SWTOR team for seven years now and if you’ve ever had any interaction with him, you know that he is really passionate about what he does and it shows. So it’s great to see that he is the one doing this guest post series because I’m sure it’s going to be good.

Here’s a snippet from part 1:

“So I’m going to do just that. I’m going to talk about the different classes in Star Wars: The Old Republic, but more importantly, about each class’s story arc. And by this, I don’t mean spoilers about their plots, but really, what we were trying to capture in each one. What was the fantasy? What did we draw from? What experience were we trying to give all of you who play Star Wars: The Old Republic?

He goes on to describe each Republic class and So head on over to StarWars.com to read the rest of it and stay tuned for future installments.