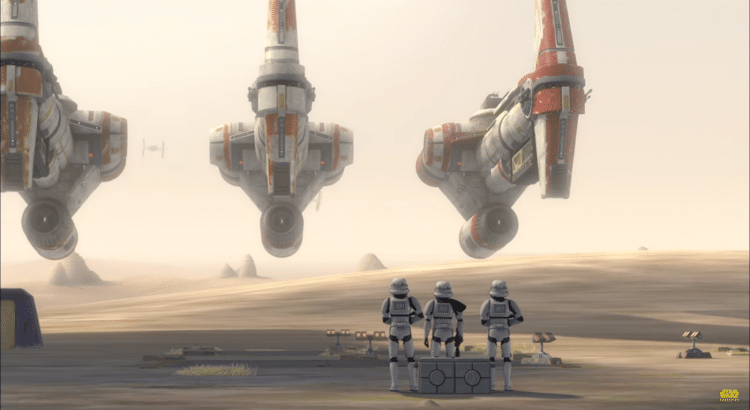 Since the Disney buyout of Star Wars, there is one thing that’s been bothering fans and that is the direction of the story line. Many Star Wars stories have just been thrown out completely. Some of the real classic stories are still around under Legends but so many good stories are just gone. There’s so much more that could be done with Star Wars and it seems like Disney isn’t interested in changing that. There is one exception to this rule, however: Star Wars Rebels. It looks like Rebels might be bringing back the most beloved EU story canon – Knights of the Old Republic.

Nerd Union has written a great piece about this. Here’s a few of the reasons they give:

For the full reasoning behind these hints, read the full article, then tell us what you think. They conclude with this:

It’s also possible that this is the same place the First Order disappeared to in order to grow strong in the dark side after the destruction of the Death Star, and that possibly the “First Order” that it’s referring to is the original Sith Empire, and not the one under Palpatine. Dave Filoni (showrunner of Rebels and The Clone Wars) stated in a recent interview with Slashfilm, “I wanted to put a nod to this new history we’re seeing in The Force Awakens. It’s important to have these links between stories in major ways and subtle ways. Here you find a sword we’ve encountered before, and it gives a little more context to something that turns up later.” So anything’s possible.

All in all, we think it’s an interesting theory. I mean, I loved Knights of the Old Republic and I do enjoy Rebels so it’d be nice to see it go in that direction. Is it really a secret or is it a blatant nod to KOTOR? Is it coincidence? We want to know what you think.