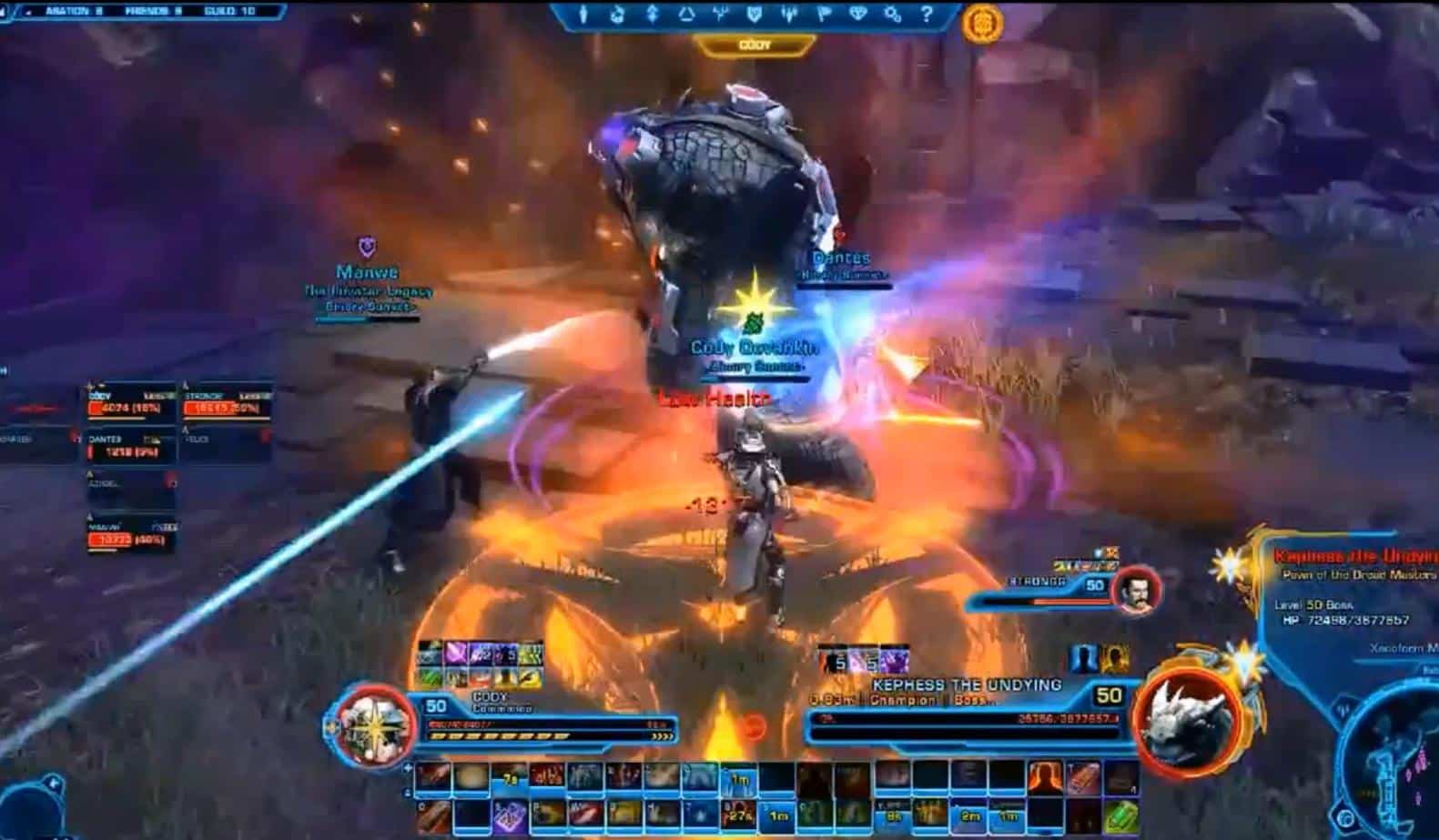 This video was recorded on 17th December at 2:00am GMT. When the guild “Binary Sunset” battled Kephess. I guess your just lucky some times 🙂

Binary Sunset is named after the iconic scene from Star Wars IV – A New Hope, and we’re based on the Progenitor (EU), an RP-PVE server. they are a multi-national European Guild; the raid in question including players from England, Iceland, Portugal, Turkey, Germany, Belgium and Spain. This was their 13th try that evening, on a boss they hadn’t attempted before, and at 2:00am GMT. Given their timezone differences everyone was getting a little tired, but they couldn’t just call it – they are a mature Guild of working age, and likely to be spread far and wide for Christmas with families. This week was the last chance to get an attempt in on completing Terror from Beyond in 2012.

As a Guild they had ups and downs, their previous GM disbanded to go and play World of Warcraft right at the start of patch 1.4, and left them somewhat homeless. They managed to regroup some of their core players, lost a few, and picked up some new guys. It probably took them three months to build a team to take on the current HM content. But they made it now!!

We got this video form guild member Dantés and he wrote us:

This video is going to be my xmas present to the Guildies. It didn’t look great to start with: we lost a DPS just as phase three started and then one of our healers disconnected. We were down to six players in the most intense phase of the encounter. Thanks to some amazing DPS and a piece of solo magic from our main tank, Sergeant Strongg, we just in so managed to get the kill. What I really love about the video is how Cody (our Commando DPS, and the guy filming) turns to Strongg at just the right moment to catch the /flex. We couldn’t have co-ordinated that better, even if we tried! Strongg’s our strong and silent type, a Spanish fellow who had already hit legendary status in the Guild by always referring to himself in the third person, in short and factual English. He speaks when something needs saying. So it was just him all over to choose the create the most theatrical moment I’ve seen in all of our Guild runs, in silence – actions speaking louder than words. You can’t fault his timing at 0:45.

And he absolutely looks like Freddy Mercury, at least his avatar does. I think the song fits perfectly, “there can be only one.”

Thanks for watching, hope you enjoyed it.