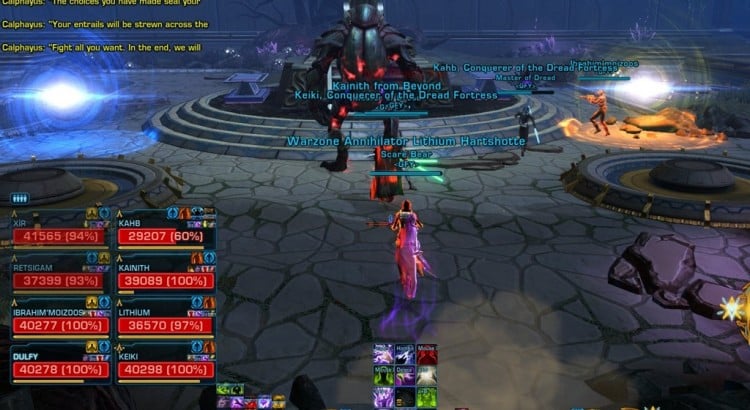 Eric Musco informed the SWTOR community that starting with patch 4.1, the final boss of each nightmare operation will drop a nightmare token loot.

One of the questions that came up on the stream was around Loot in Nightmare Operations. I said I would post the answer on the forums after the stream, so here is the update that I have.

Starting in Game Update 4.1 (with Chapter X) the final boss in a Nightmare Operation will now have a 100% chance to drop a 224 item. All other bosses in the Op will still have a chance to drop 224, but it is not guaranteed.