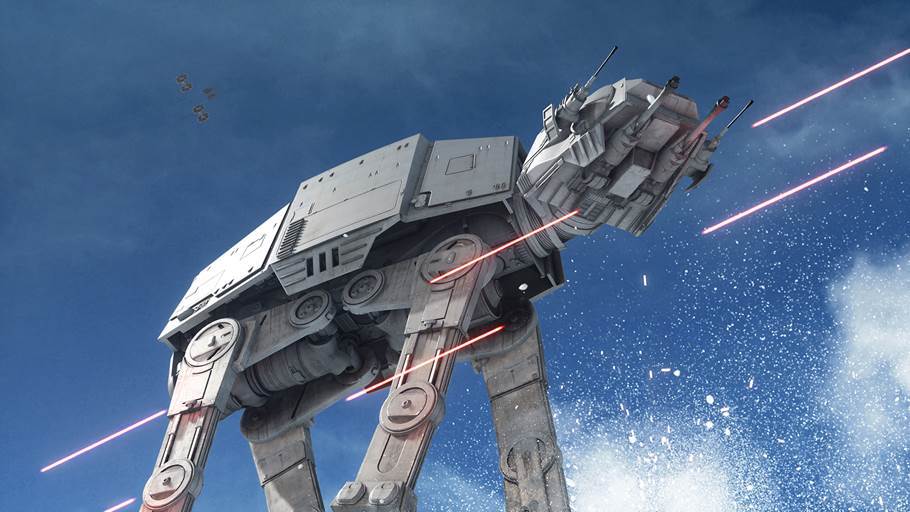 A recent conversation happened with a fan on Reddit and the producer. The fan asked: “With all due respect, are you seriously saying that level of foliage is going to be running on our PS4’s in 2015? Ignoring everything else.”

This was his reply:

“I don’t like making hard guarantees. The game hasn’t shipped yet. We’re not done with it. But this is how it looks right now – on PS4 as well, yes.

I do want to make a very specific comment. While some people have called bullshots, others have said this is not that different from e.g. BF4 and not that impressive, etc. Which is an interesting mix.

What impresses me the most visually about this game is not technical advancements (which are no doubt important), but instead the attention to detail and craftsmanship being put into the game.

You can give two people, or two teams, the same tools and have very different quality being produced. You have a group of very talented people here who are also huge Star Wars fans, putting in countless hours creating more details than I’ve ever seen before. Not because it hasn’t been technically possible before, but the mixture of tech, the choice of focus (quality over quantity) and then the dedication of the team is creating some truly remarkable results.

When you look at the vehicles, the guns, the character models and not the least the environments, you will see so much attention to detail, carefully replicating the famous universe of Star Wars.

That’s the true beauty of this game, if you ask me.”

This explanation was not enough for fans on Reddit and another person sent another question back to the producer, asking: “Do you really think making AT-AT’s walk on a rail is considered “quality” over “quantity”? Lmfao.”

“That’s 100% a game design decision. Nothing else. I won’t go into details – I didn’t make the decision – but just remember that full freedom etc. doesn’t always equal fun.”

What are your thoughts on this decision?