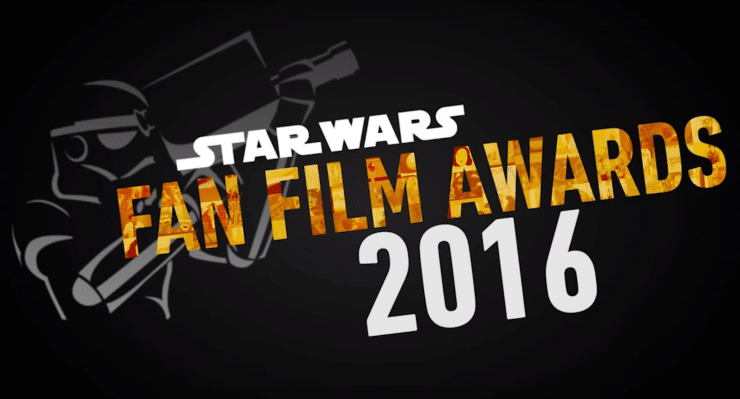 It’s that time again – you can can make your own Star Wars short for fun and earn a profit from it. How cool would that be? The Star Wars Fan Film Awards are officially back and you have the chance to win one of seven $250 prize packs and you can get your short film posted online for the world to see. What do you have to do to win? Well, it all starts with making your own short film and being sure you follow all the rules. Submissions will be judged on filmmaking (or animation) talent, storytelling, character design and development, acting and voiceover talent, originality and entertainment value. There are many different great categories that winners will be chosen from so you can do the style of your choice and really make it your best.

Here’s all the important info you need to know:

Welcome to the Star Wars Fan Film Awards 2016, a celebration of fan creativity inspired by a galaxy far, far away! Create and submit your ownStar Wars film for a chance to win a Star Wars Prize Pack consisting ofStar Wars-themed merchandise, a limited edition print of Star Warsconcept art autographed by the artist, and a commemorative trophy.

Stay tuned here because we’ll be following the contest and hopefully seeing some really awesome Star Wars shorts we can share with you. Planning to enter? Tell us about it!