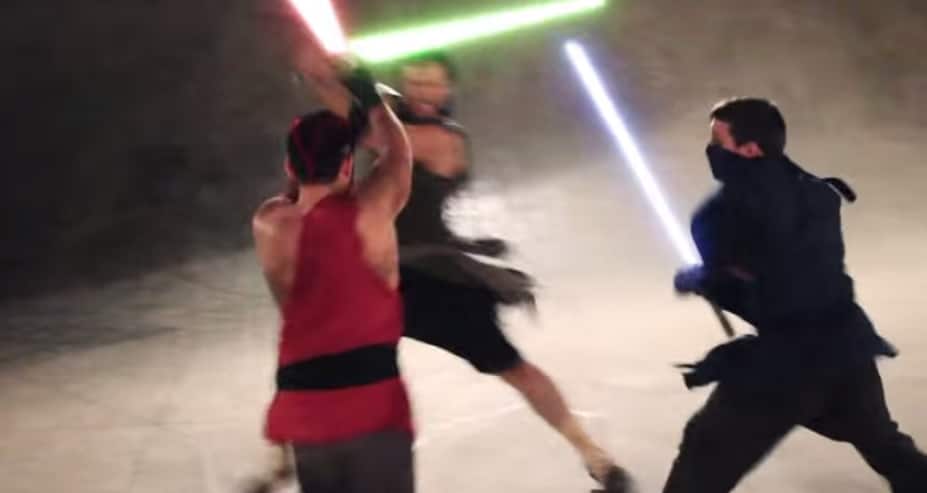 Today we have another episode of Really Awesome Fan Stuff! This is the trailer for a fan film from Blind Wave Productions. While it is clearly a low budget production, we think they’ve done a fantastic job of what we can see so far. The trailer is interesting, has some great choreography and we can’t wait to see the full length film. This is what it’s really all about- fans getting into something and taking it to that next level.

The trailer for the first of a series of fan films set in the STAR WARS universe, during the time of THE OLD REPUBLIC, created by the award winning Lightsaber Choreography team of Blind Wave Productions.

Scum and Villainy travel from all over the galaxy to spectate and bet on the deadly gladiator battles inside the arena known only as The Pit. After months of capture and imprisonment, Jedi Knight Kole Vosh is thrown to the mercy of these deadly warriors under command of The Sith Lord Kimeras, who teaches his unwilling student a terrible lesson.

Who is Blind Wave Productions?

Blind Wave Productions is a group that makes short films. We originally started making lightsaber fights for the LIghtsaber Choreography Contest (LCC). But since then we have started shifting our thoughts and ideas, slightly, to doing other projects. Besides our plans for Star Wars Fanfilms, keep an eye out for some original content on this channel.

Other Members of our film crew: