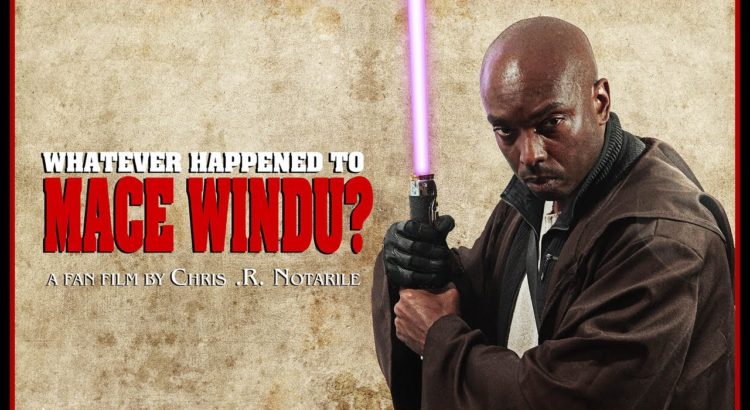 Sometime after the fallout of “Revenge of the Sith” and before the events of “Rogue One”, Mace Windu found his way to a desert planet with no name, where he prepares his counter-strike against the Galactic Empire and his nemesis- Darth Vader. Here’s what happens when Windu faces up against Vader. You know how we love our fan films here and this is no exception. It’s a fun little short, clocking in at just over 10 minutes and it’s well worth taking the time to give it a watch. We think you’ll find it just as entertaining as we did, especially if you happen to be a fan of Quentin Tarantino, as explained below in a note from the director.

Check it out, brought to you by blinky500.

~A WORD FROM CHRIS~

Written, shot and directed in the style of a Quentin Tarantino film, this short is meant to be as much of an homage swell as a possible epilogue to Mace Windu’s story.

This project was filmed over the course of 4 different Sundays, since schedules were not in my favor. We shot in Bronson Canyon in Hollywood, at the infamous “Batcave” from the Adam West Batman TV series. If you’re a fan of my work, you also recognize this cave from my other film “The Weary Traveler”. For the record, it’s an awesome location, and I love it.

I really wanted to make this feel like Tarantino made this film, rather than a Blinky film. So in doing so, I took great care in studying the pacing and trademark shots that makeup a Tarantino movie. In fact, the only part of the film that is “Blinky” is the Vader vs Mace fight, and there’s a good reason for that.

This short was essentially two separate ideas merged into one. Everything from the beginning of the film, to the part where Mace walks off after dispatching the Imperial Officer was my “Tarantino” concept. Everything involving Darth Vader was another idea, in which, I wanted to give Darth Vader the horror treatment, much like I did with Batman in my short- “Batman – Dante”. The “Rogue One” hallway fight with Darth Vader was beyond epic and I really was inspired to try something like it. So I decided to merge both ideas into one short. Hopefully the results are entertaining.