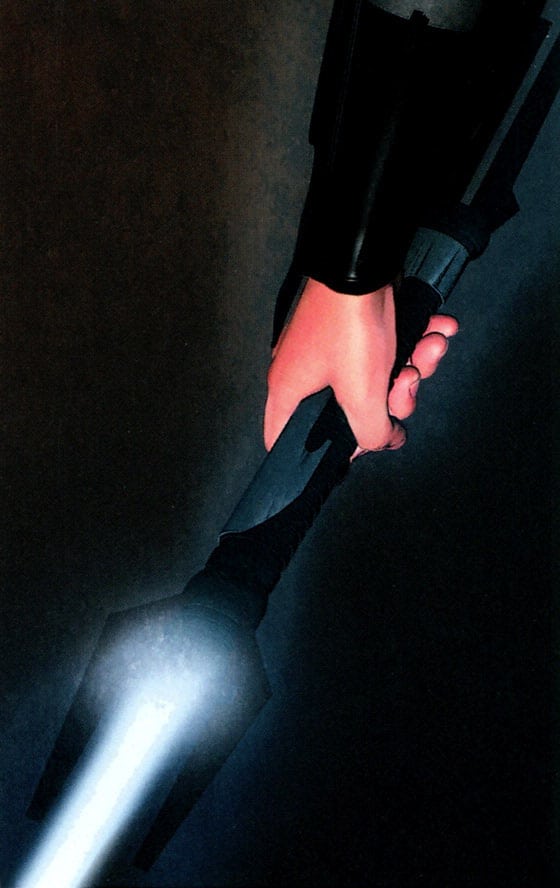 Since we first saw the trailer, Kylo Ren’s lightsaber has drawn a lot of criticism. People have said that it’s weird, complained about it, even started a hilarious meme based on it (my favorite is the Swiss army lightsaber).

But a few others have given it more thought. For example, FastCo posted a great defense of the saber in which they pointed out that Luke lost a hand, Vader lost a hand twice, and Count Dooku lost both hands—all because they didn’t have a crossguard. They also have a few interesting ideas about what it says about Ren. 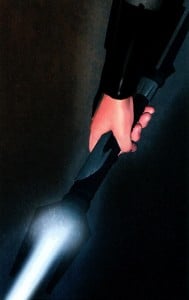 One of the most interesting ideas that’s surfaced is that this isn’t a lightsaber at all, but a Forcesaber (an example of which is pictured above), an extremely ancient weapon that channels dark Force energy through crystals to form a blade.

According to some Expanded Universe sources, the Je’daii order was split over whether or not to embrace the dark energy used for Forcesabers, causing the great divide between the light and dark sides of the Force.

If this is the case, Kylo Ren would either be a very ancient Sith, long in hiding, or have picked it up in his travels around the galaxy collecting Sith artifacts, either of which would be reasonable.

The Forcesabers eventually gave way to protosabers, which were powered by an energy pack instead of the the Force; the hilt of the blade was actually attached to an energy pack, severely limiting its movement. While there’s no indication that Ren is using a protosaber, it’s not out of the question.

Of course, these speculations are based on Expanded Universe ideas, which Disney has stated are no longer canon. So if they decided to go with a Forcesaber for Ren, it would be quite a surprise . . . but very cool.

On another note, we have seen some potentially leaked concept art of Ren’s saber on Indie Revolver: 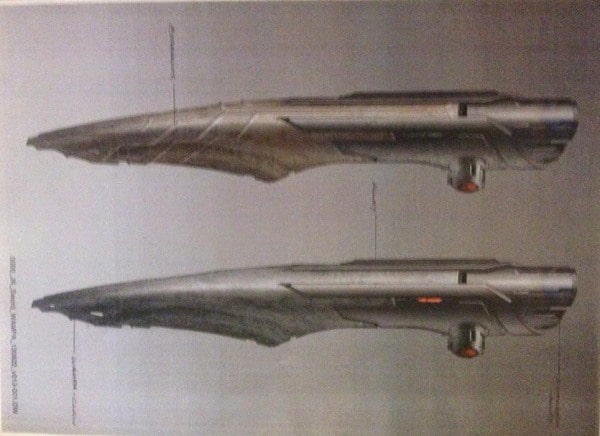 There’s no explanation offered, and no reason to believe that it’s actually leaked concept art and not fan art, but it does look very fitting for a Sith.