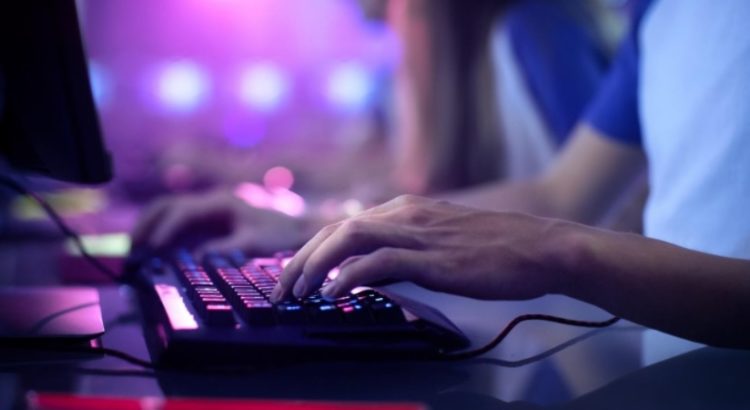 As one of the most popular franchises in the world, Star Wars managed to make its way into numerous entertainment industries. From a wide variety of books, some breathtakingly well-executed movies, cartoons and TV shows, the Star Wars franchise even has a rich selection of video games.

Star Wars video games have been on the market for quite some time now, with new titles hitting the market almost yearly. So, it’s safe to say that if you’re a Star Wars fan, there’s no better time to be alive than the present. With that being said, here are top ten Star Wars games you can currently check out and enjoy your favorite franchise some more.

If you’re not only a Star Wars fan but you also love LEGOs, then this title should definitely be on your list. The main story follows the events from the victory at Endor to Rey’s arrival on the Ahch-To sacred island. All of our favorite characters including Finn, Rey, Kylo Ren and BB-8 feature voice-over performances straight from the films. Combined with the favorite LEGO brick-building puzzles, this game truly has a lot to offer to every player. And aside from being super fun on its own, it also makes a great interlude to LEGO Star Wars: The Skywalker Saga. As any good modern game, you can enjoy this title on numerous different gaming platforms.

This title is the sequel to Star Wars: Knights of the Old Republic. The main story line follows a former Jedi who is on the run from the Sith. The timeline that spans throughout this title is set 4,000 years before the dawn of the Galactic Empire. According to players, this game features some of the best in-game dialogs to date. Additionally, you’ll be able to practice full strength of a Jedi Master in classic RPG dungeons. With all of these and numerous other features this game offers, you’re bound to have a great gaming experience if you decide to give this title a go.

For any race-based game lovers out there, Star Wars Episode I: Racer is the perfect title to check out. Here, players will be put in the cockpit of their favorite podracers, including Anakin Skywalker, Gasgano and Sebulba. This thrilling arcade race game allows players to enjoy some need for speed in their favorite universe. Even though this game is quite old – it’s been the fan favorite for more than two decades – it’s still well loved among players old and new. Nowadays, you can easily find it on Steam or GOG if you want to check it out.

When it first came out in 2017, Star Wars Battlefront II received mixed reviews. Even though the game was praised for its gameplay, visuals and the variety of content, players seemed to have issues with loot boxes. Even though the game was free to play, it relied heavily on microtransactions, which is really not all that surprising. However, supposedly, loot boxes bought for real money in Star Wars Battlefront II gave players who purchased them unfair advantage over the rest of the player base. That’s why EA Games decided to temporarily remove microtransactions from the game. Regardless, Star Wars Battlefront II is still an excellent game rich with high-quality gameplay and content.

For all the mobile RPG lovers out there – do we have a treat for you! No matter which type of gameplay you prefer – be it a slow grind, turn-based combat or unlocking characters – Star Wars: Galaxy of Heroes will surely have something for you. The best part is that you can easily enjoy this game on your smartphone or tablet no matter where you are. You can find this title on both Google Play and App Store and enjoy it on any type of mobile device.

Star Wars: Shadows of the Empire

For all of the players who first discovered Star Wars in the ‘90s, Star Wars: Shadows of the Empire is another title that promises great fun. The Battle of Hoth and boss fights that include IG-88 and Boba Fett are just the tip of the iceberg. However, if you ever get a bit tired of it, you can always access other game content with a simple “cheat” code. By typing “R Testers ROCK” as your name you’ll be able to access all the game’s missions. Additionally, if you crouch for 15 seconds, you’ll get full health, maximum ammo and limited invisibility. Sounds awesome, right? As with many other retro games, you can simply explore this title on GOG or Steam.

A bit different that some of the aforementioned games, Star Wars Pinball is a really old-school game full of sounds and various art from some of your favorite Star Wars movies. There are 19 pinball tables players can choose from with the addition of various themed DLC packs. As of recently, you can even enjoy this game on Nintendo Switch.

This shooter game heavily focuses on using the entire four-trooper squad. The story begins right at zero hour, on the planet Geonosis and it focuses on war that’s raging. Here, players can dive deeper into exploring clone commandos that were added to added to DICE’s Star Wars Battlefront II. This title is available on GOG, Steam and Xbox One, so you can easily enjoy it on various platforms.

If you’ve enjoyed Darth Maul voice actor Sam Witwer’s performance, then you’ll most likely really enjoy this game. Here, Sam is generously borrowing his voice to Starkiller, Darth Vader’s secret apprentice. The timeline is set in the dark times after the Empire’s rise. The role of the player is to travel across the galaxy looking for surviving Jedi. The outfits, abilities and lightsabers are pretty customizable, which makes this title even more appealing.

Star Wars: Jedi Knight II: Jedi Outcast is a great shooter game with a well-developed story. It’s full of puzzles, epic lightsaber action and amazing Jedi Force powers. Even tough this game was released back in 2002, it’s still one of the fans’ favorited. New players can explore the game on GOG or Steam, but they can also enjoy it on Nintendo Switch.

So, no matter if you’re an old Star Wars fan or you’re just making your way into the fandom, you’ll surely find plenty of titles you can enjoy. Besides, most of these games are so well-done that you can even have plenty of fun if you’ve never even heard of Star Wars – which is highly unlikely.