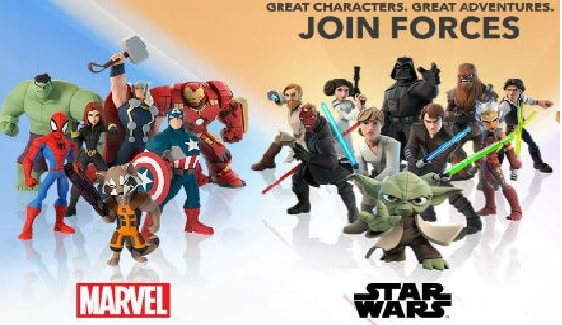 As you know, I am a big fan of Star Wars so I try to get my hands on every Star Wars game that comes out, or at least give myself the opportunity to plan them. I imagine you are also a fan since you’re here reading this. What you might not know is that I am also a Marvel fan. I’ve been a fan of comics since I was a young girl (weren’t most of us?) and I’ve also tried to play as many of the Marvel games as I could.

Over the years, we’ve been given many Marvel games and Star Wars games to try out, not all of them adding up equally. Let’s face it, some of them have just flopped. We have talked about as much here on the site before, in regard to Star Wars games. But Marvel has their share of flops too.

When it comes to great Marvel games, we have X-Men: Mutant Academy, a good superhero version of the fight genre, Deadpool (a must-play game for Deadpool fans out there), LEGO Marvel Super Heroes (one of my all-time faves because frequent readers will know I am also a big LEGO fan), Marvel vs. Capcom 3: Fate of Two Worlds, Hulk: Ultimate Destruction, X-Men Origins: Wolverwine (God of War styled combat, great graphics, movie tie-in and the awesome Wolverwine himself, this game had it all!), Spiderman 2, and Marvel Ultimate Alliance. Marvel games are even familiar with casino games and you can find a lot of them in casino.com for example.

It can be tough to compare the two since they are different genres. If someone just likes Star Wars more, they’re probably going to pick a Star Wars game over a Marvel game. The same is true for a serious Marvel fan. Then again, the playstyles are often different between these two categories of games. Star Wars tend to have more longterm playing value but Marvel games are often good to sit down for a quick play session or team up with a friend. I’m not sure I can pick one solid “best”, since it depends on the categories we’re judging on.

What do you think about Marvel games vs. Star Wars games? What are your faves and which side has done games the best?