If you’re going to be in or around the Austin area on Saturday, June 18th, you must stop by and check this out. I plan to be there and if I make it, I’ll pop back in here with some photos and a recap of the event.
Austin Books & Comics
5002 N. Lamar Blvd.
Austin, TX

Saturday, June 18 · 4:00pm – 6:00pmYou can have the first issue in the new Star Wars: The Old Republic comic series, The Lost Suns, signed by the author himself, Alexander Freed. How awesome is that?

This will be more than an ordinary comic book signing though. There will be an appearance from the 501st Legion Storntroopers from the Star Garrison as well as the fully automated R2-D2, courtesy of roboteer Jamie McShan!

The Lost Suns is the third limited series based on the SWTOR MMORPG. It’s different from the prior two installments and will not be a reprint of the web comic that is available online but instead is an all new story that is based around Theron Shan, the son of the Jedi Master Satele Shan. 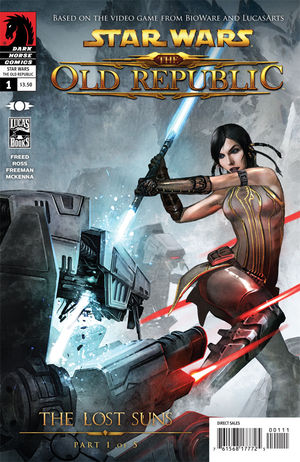