A conference call on June 14th between William Blair and company analysts and CEO of Electronic Arts John Riccitiello discussed beta testing for Star Wars: The Old Republic. Certain information had players questioning the betas and what this means for a launch date. 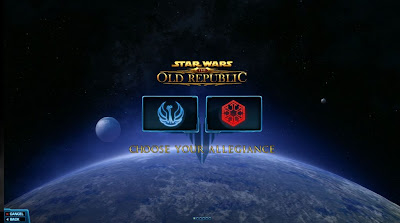 Daniel Erickson already previously confirmed there will be no open beta before launch so what exactly does “high scale beta” mean?
John Riccitiello stated “we’re in mid-scale beta, we’ve got a high scale beta at the end of June.” Riccitiello added “and only the foolish assume they know the outcome of a beta in terms of whether it’s a six week hit or not.””
Stephen Reid responds to John Riccitiello’s comments on the official forum:
“Take a deep breath, everyone…

Game Testing is currently ongoing for Star Wars: The Old Republic. This isn’t news – it’s been ongoing for quite a while. At different points in the process, we have invited a number of people to test. Some of those people tested for short periods, some for longer periods.

We’ve recently transitioned into longer-term and larger-scale testing. We have more people testing the game now than ever before. We are allowing them to play for longer than ever before. We’re also continuing to invite people to test, so if you haven’t signed up for testing yet now is a good time.”

High scale beta testing is just another stage in the process of creating and prepping a game for launch. It’s just another sign that things are on track as they should be for the game to launch in the coming months.
Update: BioWare have a number of surveys through their testing partner Magid. This is not  necessarily a beta invite as David Bass clarifies on the forums:

We did indeed just send out a number of surveys through our testing partner Magid. These invites were sent to various people in the US, UK, and EU. If you received it, go ahead and fill out the survey! To be clear, this is not a direct testing invite. This is a survey which will determine eligibility for a certain phase of testing we are preparing.
If you still have questions or concerns, you can always contact us at bwacommunitysupport@bioware.com.

People are reporting every day though that they are getting invites for Beta. So if you get a mail like the one below congratulations. While we understand just about everyone who’s not currently in Game Testing wants to be in Game Testing, that doesn’t mean we can invite all of you at once.
These surveys are sent to get a decent pool of responses, from which our market research team can draw upon to get a good demographic mix for their research.
Just because any particular country is not included in the invite list does not mean that people in that country will never be invited to Game Testing.
In fact, given the two-step nature of the research process (fill out a survey, qualify, then get invited) and the small numbers of people invited, you have about as much chance to get selected through Game Testing through normal means as you do via this research.