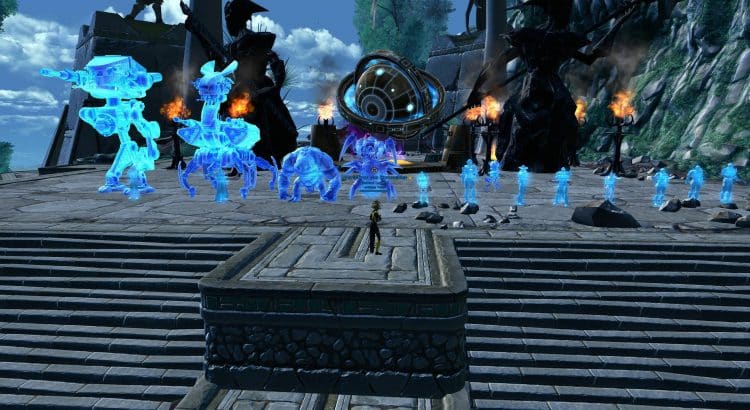 With all the new Star Wars hype out there today, after the new movie released and the others in the works, is Star Wars The Old Republic still relevant? As most of our readers probably know already, the game launched in December of 2011. Since then, we’ve seen five expansions which added more content, with the latest coming in October of 2015. How popular has the game been since? While it’s had ups and downs, there have been over 57 million characters created, 17 million of them Jedi. The game has over 104 hours of voiced cinematics. Players have played more than 645 million hours playing this game. That sounds pretty successful if  you ask me.

Still, Forbes contributor, Neil Herndon, wanted to ask the question, “Is SWTOR still relevant?” In this piece, he explores the topic and while his answer is a “yes”, there’s a lot more to it than just whether or not people are playing the game.

Instead, he delves into things like lore, price points and how it compares to similar games in terms of cost. He also gets into the fact that it’s no longer canon, since Disney bought the rights to the Star Wars universe in 2012. This has turned SWTOR into basically, fan fiction. It’s standalone with no bearing on the rest of the Star Wars expanded universe. That doesn’t seem to be a bad thing for most fans.

He goes on to talk about what free players get vs. pay to play and how much enjoyment you could get from the game if you played for free. As someone who’s been around since pre-launch, I don’t completely agree with all he has to say about SWTOR. His closing argument that you should play with a grain of salt and keep your expectations low sounds a bit cynical. That said, he’s not really slamming the game either. He’s just saying “It is what it is” and that we should take it or leave it at that. I guess I can agree with that.

So is SWTOR still relevant? He says yes. We say yes. What do you say?