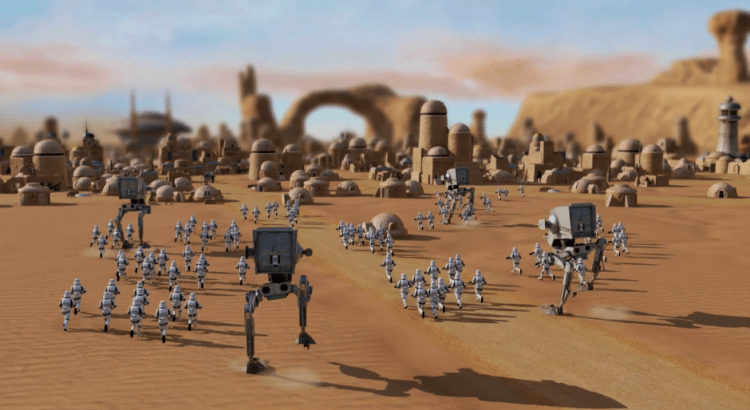 When it comes to Star Wars games, we’ve had the really good, the really bad, and everything in between. It’s no surprise then that fans will be both excited and skeptical at the idea of a new Star Wars game. The rumor mill tells us we might be seeing a Star Wars RTS in the future. This is actually a very interesting idea. While there have been Star Wars RTS games in the past, there was never one done by EA so it will be interesting to see what the developer would do with this type of game.

The rumor began around a video that was posted to Elise Baldwin’s Vimeo account. Baldwin was audio director for a number of games in the The Sims series. She claims she was audio director for the Star Wars RTS also, which is how she obtained the footage she shared. EA removed the video that originally surfaced with this story, due to copyright claims. It was removed from both Vimeo and YouTube so unfortunately, we can’t show you now.

However, the original video said the game had been in development for a year or more and featured a situation mode and a tactical combat mode. It would seem that the game shown in this video has been cancelled. However, there is no evidence to prove any of this and if EA didn’t want the footage leaked, maybe they are still working on the game in some capacity, or plan to in the future.

EA recently announced that it plans to release a new Star Wars game every year for the next three to four years.