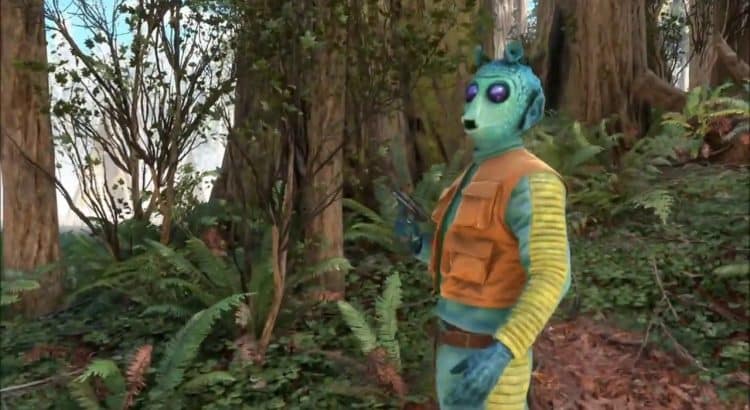 Have you ever seen a 159-0 kill streak as Greedo in Star Wars: Battlefront? If not, then you’re going to want to watch this video because a YouTuber not only did it, but did it and recorded it. This is pretty awesome, actually. He gets 80 kills in 5 minutes. It’s a 159 killstreak caught on film. Not only is it cool that he went 159-0, but he also avoided taking even a single point of damage for more than seven minutes in the video. It would appear that he is quite overpowered when compared to his enemies. He one-shots most of them before they even get a chance to do any damage to him.

“New personal best. Could have gotten more had I not flanked during the first phase and messed around in the Ewok village in second phase.”

While some people think it’s cool, others think it may be staged, since you never see anyone try to fight back. Still others debate this point and say that no one ever attacks the heroes and players always expect someone else to do it. Situational awareness goes a long way toward success like this, as does strategic cover, knowing maps and understanding your class and play style.

Could it be that he just got a really, really bad opposing team at the time this was taken? Does it really matter?

It could for the sake of debate. Is Greedo overpowered? Is he, as some will call it, a “glass cannon”? The answers may vary according to who you ask.

It’s a fun little video. Take it for what it is – just fun. It probably shouldn’t be over-analyzed.

See it for yourself: