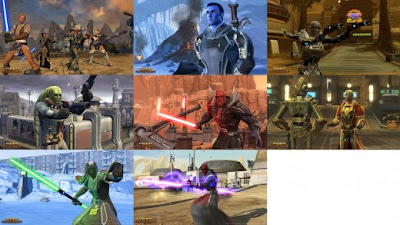 We talked before about what the new game testing build might bring to SWTOR. While it seems to have brought some much-needed upgrades, it also has introduced some fun tidbits. If you’re in game testing, you can log in and check them out now. If not, you’ll just have to wait a little longer with the rest of us but so far, they seem fun.

These are the new racial Social Abilities:

So that’s all well and good but what’s the point of them? So far, it seems there is no real point other than for the entertainment factor. For example, when you use Zabraki Inspire Loyalty on a friend, it will buff them and make them feel patriotic. They do not seem to give you any type of advantage in the game, which is precisely what BioWare wanted, from what I can tell.

We know that BioWare didn’t want to have the problem that other games faced of players feeling like they have to choose one race over another based on the talents given as racial abilities. So it looks like the racials are just for fun.

Edit: Here is a video showing what it looks like: