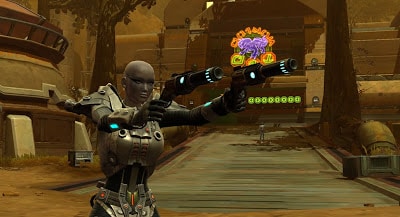 The Rattataki were a Near-Human species characterized by their chalk-white skin and bald heads, similar to the Umbaran race. Virtually isolated from the rest of the galaxy, the Rattataki developed a violent society on their home planet of Rattatak, which involved extensive gladiatorial combat. Dark Jedi Asajj Ventress and warrior Aidus were both Rattataki. Aurra Sing may also have been part Rattataki.

Society and culture
The small, red world of Rattatak floats in the far Outer Rim like a drop of blood. The planet is so remote that it remained undiscovered by the Republic, and the native humanoid species evolved without the guidance or influence of other galactic forces. Although the species remained primitive, they quickly learned how to kill one another. Scattered resources on the planet led to struggles for survival, and the Rattataki never bothered with the benefits of barter and trade amongst themselves.

As technology evolved, the Rattataki focused all of their efforts on more brutal methods for murder. War became the norm. Over generations of fighting, most of the cities on the planet were reduced to rubble and huge portions of the planet’s population became victims of mass genocide. The Rattataki never developed weapons of planetary scale, so the bloody world wars raged on for generations. The ceaseless violence prevented the world from developing space travel, and the Rattataki believed they were alone the galaxy — they had no concept of galactic community, and only conquering their neighbors seemed important.

Those that discovered Rattatak were unscrupulous slavers common in the Outer Rim. The wiry Rattataki themselves proved to be an unpopular export as they were simply too difficult to train and too violent to contain. But credits could be made by importing slaves to the war barons, who would pay handsomely for any exotic edge in combat. Mercenary duty was a popular reason to come to Rattatak, though negotiating an end of service often was difficult.

While war continued everywhere else, an enterprising Rattataki from a rare neutral province hatched a lucrative idea. If prospective mercenaries and slave soldiers had to prove themselves in gladiatorial combat, the credits generated from the wagering and the spectacle could be used to buy more soldiers and offworld weapons. 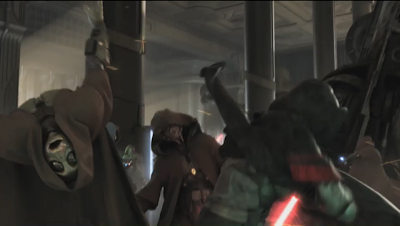 Thus the gladiator pits of Rattatak came to be, and many sprang up in what rare patches of neutral lands could be found on the craggy world. The largest, known as the Cauldron, hosted the best combatants, and war barons and generals would attend, to seek out the soldiers that would win them their wars. Slavers filled the pits with violent candidates — some would purposely price the more successful warriors out of the purchase range of the Rattataki generals, as their gladiators were more profitable from fighting multiple battles than being sold into military service. But it was a rare gladiator indeed who could survive multiple fights. 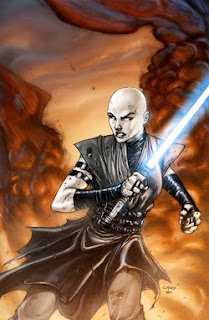 History
For eons, the Rattataki have been constantly battling themselves and their fellow inhabitants. Isolated from the outside galaxy, the Rattataki quickly created new ways to kill each other.
A couple of warlords had gathered an army in the south, but they were killed so they could never be a threat. Only their daughter, Asajj Ventress, escaped.

Rattataki soon learned of life outside their world, when a Jedi Knight, Ky Narec, crash-landed. Though they gained knowledge of the Galactic Republic, they tried to kill him on sight. The Jedi soon found young Ventress, discovering her incredible potential to the Force. Together, they united armies and brought peace to the planet. But some warlords and generals feared them and declared a truce to kill them. They only killed Narec, enraging Ventress. In her rage, she captured and/or killed the ones responsible for her master’s death.