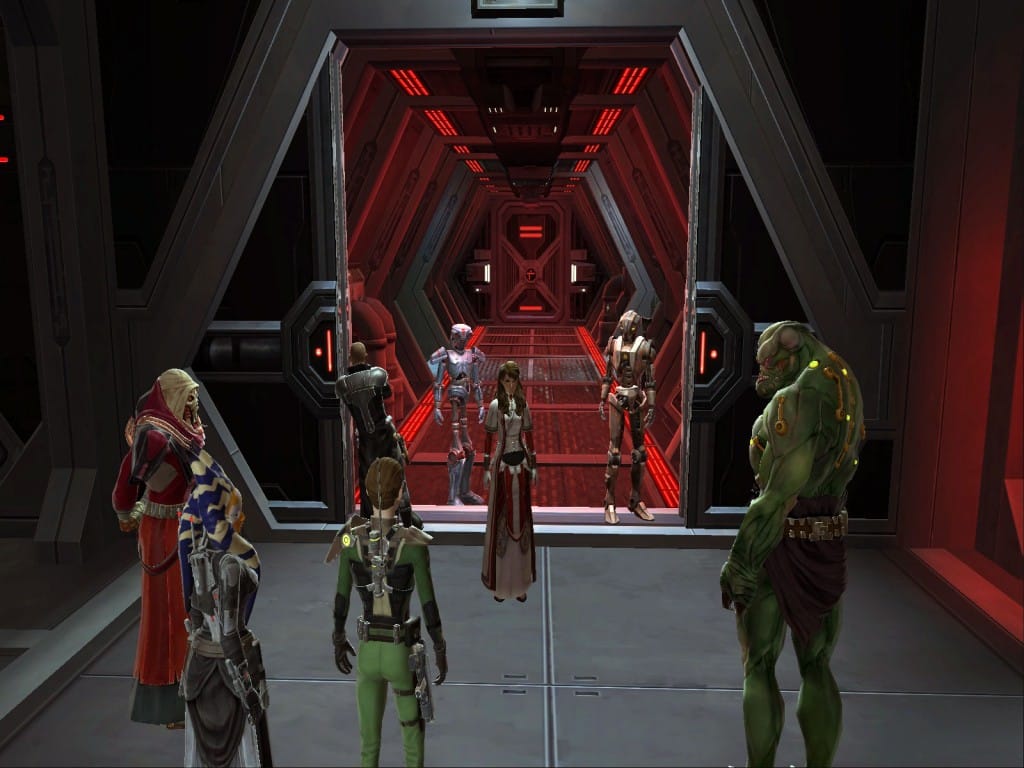 BioWare have  been wearing the nay hat this week, as they came with a few disappointments. First off  Bruce Maclean posted  an update on the official forums, stating that Cross-server PvP is not comming with Game update 2.4.  Major bummer for the ranked community:

While the exact details of which features will make Game Update 2.4 are still being hardened I can definitely say that Cross-Server Queueing is not in the plan for it. We’ve taken a hard look at Cross Server Queuing in the past and accomplishing it is a *significant* challenge that would take a lot of time away from other things we are working on. Emphasis on significant. It’s not forever off the table but it’s not in the plan right now.

Even though it is too early to share specifics I can say that Game Update 2.4 as it is being worked on right now has features and changes that should cause a significant improvement of queue times for ranked Warzones in particular. Emphasis on significant!

I really don’t know how BioWare will attempt to alleviate ranked queues without cross server queuing. Perhaps if they allow unrestricted access to pvp for f2p players, while monetizing certain aspects of pvp like gear and other stuff (perks?). That’s the only thing I can think about. We’ll see what BW has in store, but the pvp community will only dwindle from a lack of information and concrete stuff from BW.

Next up Eric Musco let the community know that BioWare ain’t going to come with any news at this years E3. This is not really a surprise, and I advice people not to read the forum thread as it is full of pointless and stupid QQ. Actually.. To be honest.. The comments following up on Erics post, make me loos all hope for man kind… It’s sad.. It’s so sad….

Just to head off any crazy expectations, SWTOR will not be on the floor of E3 so I wouldn’t expect any big announcements from us. That being said, don’t forget that we are having a meet and greet as a part of the Cantina Tour! You can find that info here. You can always look forward to cool little tidbits of information from our Cantina events though. Just don’t expect anything big since we wont have a presence directly at E3.

That being said, I really do love speculation threads so carry on.