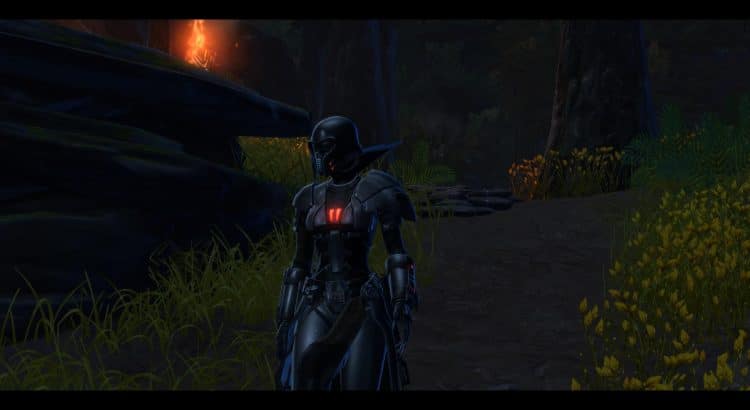 Eric Musco took on the forums earlier today to address the lack of communication from the SWTOR Developers.

I thought this thread was a good opportunity to talk about the communication as of late. Although I may not post every day, I am definitely here, reading the forums. I know that there is frustration right now because you are all eager to learn more about what is coming in Knights of the Eternal Throne. We just aren’t ready to talk about Eternal Throne yet, and so I can’t answer your questions at this time.

But, I do want to make sure you know when we will begin really talking about Eternal Throne. That date is October 7th. The day/night of our New York Comic-con Cantina is when you can expect details about Eternal Throne. Once we have crossed the 7th (and through launch), I will be able to address questions in the forum more directly, we will be posting developer blogs related to the expansion, and more.

Can you let us know if the story team read the posts in the story and lore section and are aware of the massive number of plot holes, inconsistencies and in short bland, dull and banal story that was Kotfe?

Do the game play team read the forums and see that 20 mins of cut scenes followed by 10 mins of sky troopers falling from the sky an exciting chapter it is not?

While you can’t talk about is the operations person planning just to rescale all ops to level 70 and call it a day, with no new operations? If so is there going to be an alternate method to get the new tier of gear without having to regrind the same operations again?

We talked a little bit about some of this on the last Producer Livestream, but I can address most of those:

Those are all topics I feel like we have talked about quite a bit, but I think those tend to be conversations that happen around Cantinas. They may not be as prominent on the forums:

Oh god, are you saying I can finally ENJOY the story content??

EDIT: Eric, if you see this, it’s not all about KOTET. I never said anything about KOTET, you brought that up. Not everyone is excited for it. It’s about general day to day communication and addressing other player concerns which I personally would like to see more of.

I know it isn’t. The expansion, the future (especially group/MMO content), etc has been a prominent topic on the forums this week . A general thread about communication seemed like a good place to explain the reasoning around that silence.

I didn’t mean to be a rule breaker and hi-jack your thread!