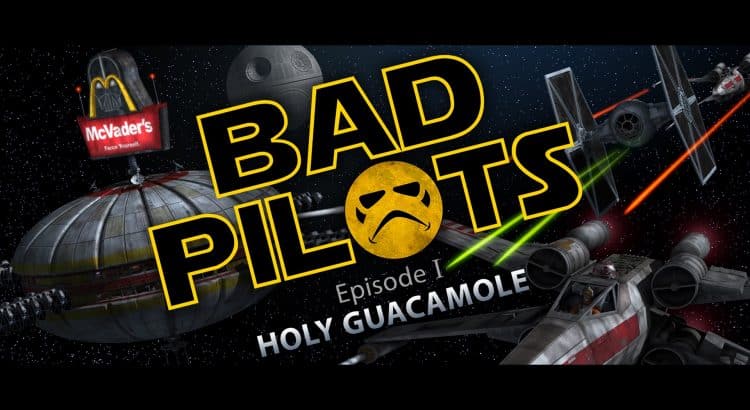 We love Star Wars fan films. If you are a Star Wars fan, there’s a good chance you love fan films too. They really speak to the fan inside all of us and often bring out the details of the original films we love the most. This is why we love sharing them with you so much. Even the silly, the dark, and the parodies will make you smile when you think of how they remind you of the films that started it all.

So with that in mind, here’s another great, fun fan film: Bad Pilots.

It’s Episode 1: Holy Guacamole and it’s so worth the watch. At just about 30 minutes long, it’s like a quick episode of a sitcom and we’re hoping there’s more to come after Ep 1 because this was a lot of fun.

“Three useless Tie Fighter Pilots feel the full power of the dark side when an illegal Mexicanalian droid hitches a ride during a Death Star lunch run.”

BAD PILOTS is a non-profit fan film and is not for sale or resale. It is in NO way endorsed by Lucasfilm or Disney, nor is it intended to undermine or compete with any forthcoming Star Wars material.

BAD PILOTS is produced for the enjoyment of the cast, crew, and any other Star Wars fans. No copyright infringement is intended or implied.