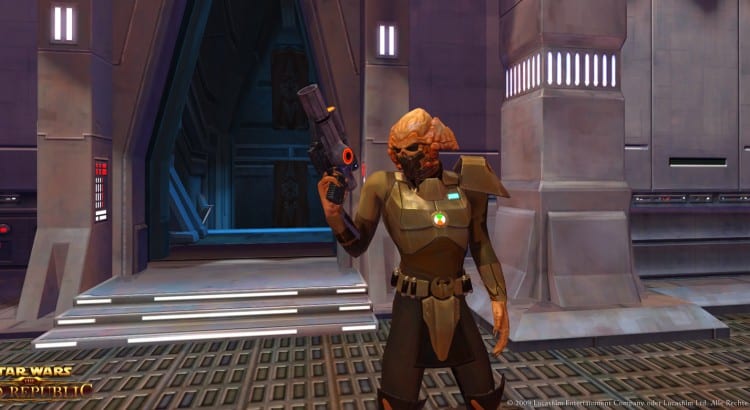 In one of the first screen shots ever published by Bioware, we se a bad ass looking “Kel Dor” This time in Species of Starwars we will take a closer look on this amazing species.

, sometimes referred to as Kel Dorians, were a species hailing from the technological planet Dorin.

They required masks to protect them when in oxygen-rich atmospheres. They were also known for the unique Force-using traditions of the Baran Do Sages.

One famous Kel Dor was the Jedi Master Plo Koon

, who was a member of a famous Kel Dor Jedi family. Sha Koon, a Jedi Knight, was Plo Koon’s niece.

Biology and appearance
The Kel Dors were a tall race, typically of the same height and weight as Humans. Their skin ranged in color from peach to a crimson red. Most had dark, black eyes, although some were born with silver irises, a mark that was often seen as an affinity for the Force.

Kel Dors were, as a whole, considered an unattractive species due to their strange facial structure. Their noses were described as falling short of becoming a beak, with a gaping opening that descended to the mouth, a toothless chasm with drooping fleshy strands. In place of teeth, Kel Dor had an upper and lower hard-palate, visible only when they pulled their lips back. Framing their head were extrasensory organs which terminated in small black tusks. 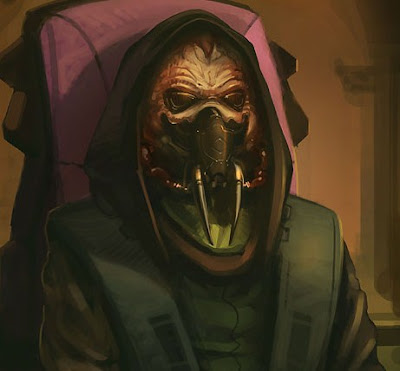 Gnost-Dural, a Jedi Master around the time of the Great War.

Due to Dorin having a unique atmosphere composed of helium and a gas unique to their world, the Kel Dors were forced to wear an antiox breath mask and protective goggles whenever in atmospheres of a different composition. This equipment protected them from carbon dioxide, nitrogen, and oxygen, which were fatal to a Kel Dor. The breathing mask also helped to amplify the Kel Dor’s voice, as they must shout to produce any sound when out of their native atmosphere. Without their protective goggles, Kel Dors were considered effectively blind when away from Dorin. They are also able to survive in the vacuum of space for a short time though it is unknown exactly how long they can withstand it.

The Kel Dors also had heightened reflexes, a result of the extrasensory organs in their heads. As a species, they were thought to be typically quick and wise, but of a weaker constitution, when compared to other species. Kel Dors were also said to communicate with their minds using a form of telepathy. This form of telepathy was thought to be a force technique known only among the masters of the Baran Do order, but was later exposed to be a lie spread by the Baran Do sages. 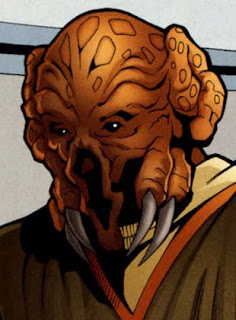 Society and culture
The Kel Dors were aware of, and used the Force long before they joined the Galactic Republic and the Jedi. This proud Force tradition was known as the Baran Do Sages. The Baran Do Sages often acted as advisers to rich and powerful Kel Dor families. Initially, their powers centered on weather-prediction, but as the Baran Do Sages learned more about the Force, they realized they had an affinity for detecting, and subsequently preventing, dangerous events. Wars and disasters were often averted simply by the insight of a Baran Do Sage. After joining the Republic, the Baran Do Sages dwindled in power and number, due to the Jedi’s greater knowledge of the Force, and their taking of Force-sensitive infants. Those Kel Dors who were even aware of their existence considered them to be eccentric wizards. Some traditional families still sent Force-sensitive children to learn from them though. Because of their obscurity, the sages managed to escape the Jedi Purges, for the most part, unscathed.

Kel Dors were noted for their simple approach to justice, and they typically saw moral issues in black and white. On the one hand, the Kel Dor were noted for their hospitality, they would never turn away a stranger in need. Yet, Kel Dors were not averse to taking the law into their own hands, and had no compunctions about putting to death a thief who was merely stealing to feed himself. 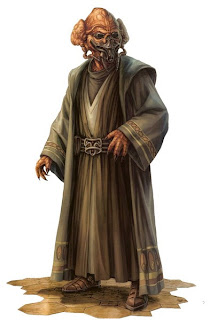 Naming traditions
Kel Dor surnames, like Human surnames, were based on ancient family trades or jobs, or even a description of a particularly famous Kel Dor in the family. The Koon family name, for example, meant ‘explorer’.

Kel Dor given names were based, loosely, on the sounds generated by Dorin’s unique atmospheric phenomena. This tradition was highly popular among the Kel Dors, and the upper classes considered it bad luck to name a child away from Dorin. Kel Dor names tended to be short, usually monosyllabic, due to an ancient superstition about the “wind spirits” of Dorin. Upon hearing the sustained wind-sound of a long name, so the story went, the wind spirits would have mistaken the child for one of their own, and carried him or her off to be raised as a wind-child. No one believed in this myth for thousands of years, but the effect it had on Kel Dor naming conventions remained.

The tradition of using the sounds of atmospheric phenomena meant that Kel Dor given names appeared to have almost no meaning to an outsider, but another Kel Dor who had heard the sound in question and could identify the phenomenon would understand the significance and meaning of the name.