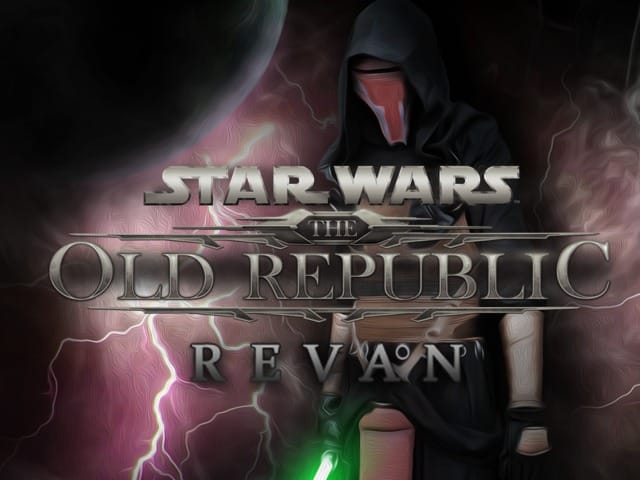 We’ve been waiting for it and now it’s here! We’ve been giving you updates about this Revan fan film project since the beginning and we hope you are as excited as we are that it is finally complete. You can see the film in its entirety and feel free to share with your friends and family and well, everyone you know who is a fan (or might become one after seeing this). The film is based off the Revan book so if you still haven’t read it, I highly recommend it. This film also gives you the basis for the storyline of the book.

“Revan – Star Wars Fan Film (2015)” is a non-profit fan film. Star Wars is the sole copyright of Lucasfilm Ltd. The purpose of this film is to showcase the talents of its participants, with the motivation of indie filmmakers.

This film was done as a labor of love, with fans/volunteers and thousands of man hours, contributed by both cast and crew.

This movie may be copied and freely distributed but not sold.

Plot: “Redeemed Jedi Knight, Revan, has saved the galaxy from the threat of his apprentice, Darth Malak, and has brought peace to the galaxy and to his wife, Bastilla. However, long forgotten memories from his once dark past convict him to search the galaxy for the evil threat that he and Malak ventured out to find once before. On the Imperial center of Drommund Kaas, Scourge, a Sith Pureblood, has been sent by order of the Emperor himself, where he is admitted into the investigation services for dark council member, Darth Nyriss, due to multiple assassination attempts. Nyriss orders Scourge to investigate the real culprits. After executing dark council member and traitor to the Empire, Darth Xedix, Scourge learns that Darth Nyriss herself is among the rebels. After a visit to the long lost home world of the emperor, he understand the true intentions of his raw destructive power and the necessity of stopping him.”

Please consider making a financial contribution to help us recover the costs of making this film. This has been a labor of love and we are in no way expecting to make profit from this project. It is a Star Wars fan film and we do not own the rights to using the name and content in the film. THANK YOU!

We want to extend our sincerest apologies for the mispelling of one of our Kickstarter backers, Aridan Silverwind. Aridan, thank you for your generous financial contribution to our film!