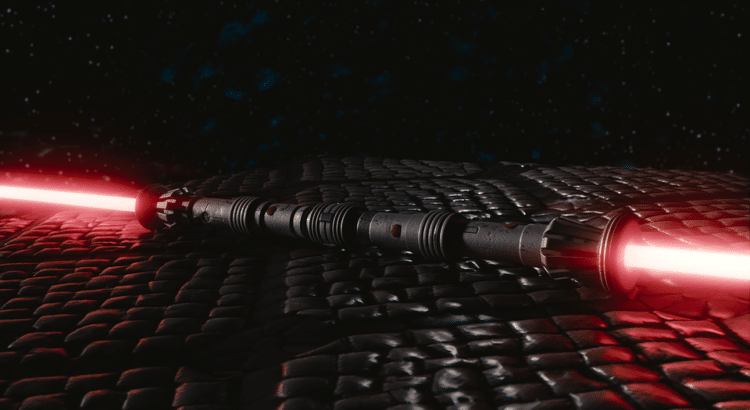 Cinema has significantly evolved over the years, with countless classics and films that reinvented the big screen as we know it. Yet, there are certain films that have just had a bigger impact than anyone could’ve imagined like Star Wars. This is the franchise that influenced the film industry and people for decades as it continues to do so 40 years later.

As we grew up with the protagonists and the villains, in which they were key figures in pop culture and are still relevant to this very day. One of the biggest ways the Star Wars saga has affected society is through its Star Wars Toys and collectibles, which has become a multi-million dollar industry today.

If you want to start buying some of these original, then there are a few that you should definitely get, regardless of your age.

You probably guessed that this would be the first entry on the list. Any Star Wars fan worth their salt grew up wishing they had a lightsaber, and you probably used a broomstick and made the sounds yourself as a kid. Lightsabers are just cool, no matter how old you are, and they will always be relevant and coveted by fans around the world. The market for those cool toys has even boomed over the last few years due to the most recent entries in the franchise. Now, the best product in the market has got to be the Black Series Kylo Ren lightsaber, which is almost identical to the one used in the films. It looks exactly like the one Kylo Ren used, and it even makes the lightsaber sounds when you move it!

Everybody loved R2-D2 growing up, surprisingly adults included. This droid is just one of the most lovable characters in the entire franchise, which explains why toys representing him are some of the most popular among fans of all ages. This particular product is an adorable and interactive droid, but it is not like the toys you got as a kid. You can control this one via an app on your smartphone! You get to control R2-D2 and guide his movement, and even have him perform certain moves. The droid comes with LED lights and a speaker for those quirky R2-D2 sounds we all love, too. This is definitely one of the better Star Wars collections out there, and adults and kids alike would appreciate it.

While not exactly a toy, Star Wars outfits are still a must-have for fans of this beloved franchise. Who hasn’t dreamed of donning a Jedi outfit, with the cloak and hood? Everybody loves those outfits where there are plenty of different costumes available in the market for those who want to dress up for Halloween, or just a casual Saturday duel with your friends.  From Luke Skywalker to Chewbacca, you will find any outfits you want, and then some.

Speaking of Chewbacca, believe it or not, one of the in demand toys among its collection in the markets right now is a mask of his face. Once you put this mask on, you will understand just why it is as popular as it is. It has a great fit and is very comfortable to wear, but more importantly, it nailed the sound effects. Chewbacca is one of the most memorable characters in the Star Wars world in terms of speech and voice, and this mask manages to convey that perfectly. When you talk while wearing this, the speakers in the forehead of the mask speak like Chewie exactly through sensors that detect that your mouth is open.

This LEGO toy is perfect for people who want a long-term commitment to a Star Wars toy. Once you put it together successfully, it will become a model of the terrifying First Order Heavy Assault Walker, down to the tiniest detail –– it even has a cockpit and spring-loaded stud-shooters! It looks great and has quite a durable design, which makes it perfect for LEGO and Star Wars fans.

You can’t really talk about Star Wars without mentioning its action figures, as they are probably the best merchandise you could get to add to your collections. This particular one is unique and more memorable than most action figures out there. It depicts the dark Sith Lord Palpatine eerily smiling on his throne. The level of detail in this one is fascinating, and it is as terrifying as it is awesome to look at the evil lord casually chilling in his throne. Even the cloth robe is of great quality, not just the figure itself.

If the new franchise isn’t really your thing, then you absolutely need to get this vintage Darth Vader lightsaber from the original films. It is one of the finest lightsaber ever made, with its great design and awesome quality materials. The hilt is even made out of real metal for the most part, and some very durable plastic. The best part about this lightsaber, though, is how powerful its illumination is; it can light up an entire room, which is what you would expect from a real lightsaber! It also comes with authentic saber sounds, so you’ll definitely love it.

Last but not least, one of the coolest and most entertaining designs ever made, is the Stormtrooper helmet. It’s perfect if you want to put it on display, or if you want to wear it –– the helmet comes with a voice changer. So, you’ll sound just like a stormtrooper!

The world of Star Wars is just fun and full of excitement and possibilities, and these toys are a constant reminder of that. When you grab a hold of your lightsaber or put your Star Wars outfit on, it feels like you have been transported to a galaxy far away, and it is pure fun.