This is a Guest post by Matt Johnson. Matt lives in the Tampa area and runs an indie clothing line called Seventh.Ink Shirts and Apparel. Seventh.Ink has designs ranging from humorous to pop culture to illustrative, leaving something in there for everyone.

It’s no surprise that I’m a huge Star Wars fan. Ever since I was little I have collected Star Wars memorabilia including action figures, books, cards, and artwork. Like most artistic Star Wars fans, I’ve always looked for a great way to tie art and my love of Star Wars together.

This is where Seventh.Ink comes into frame. Running an indie clothing line gives me a chance to really be creative in a field that has plenty of room for new ideas. Although spoofing Star Wars shirts is not a new idea, I find that making new connections between my brand and one of the best film franchises of all time is a very fulfilling venture.

Because Seventh.Ink is a one man clothing brand, everything I create is very limited in numbers. This limited nature makes my shirts more of a collector’s item and a work of art than a standard t-shirt.

In the upcoming segment, I’m going to review two Star Wars shirts that have come from Seventh.Ink. 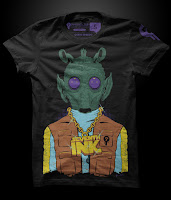 Last year I debuted a shirt called Guido Greedo, which was a Jersey Shore/Star Wars crossover design. In this design, our beloved green alien friend Greedo is caught in the spotlight sporting some heavy Seventh.Ink bling. My favorite part about this design is the fact that there really aren’t that many great Greedo shirts out there so this was a great opportunity to fill that void. If only he had been wearing that heavy metal during the film, he might have survived the shot from Han’s blaster! 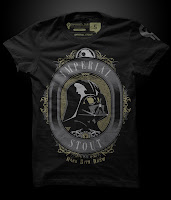 Imperial Stout
The newest Star Wars release from Seventh.Ink, Imperial Stout, combines two of my favorite things into one awesome shirt. Those two things are none other than Darth Vader and beer! In this theoretical beer label design, the Dark Lord of the Sith looks on proudly as ornate texture surrounds him in a stunning frame suitable for a king. My favorite thing about this design is the strength of the color scheme. The blacks, grays, and golds really make this a sharp and enticing shirt to wear. Now if only this beer were real…

Both of these shirts are limited in quantities and are available on the Seventh.Ink website. They’re also tagless and printed on super soft American Apparel shirts, which makes them even more awesome.

You can save 15% off of your entire Seventh.Ink purchase with the promo code “SWTOR” in the checkout. This discount ends at midnight on Friday, August 26th.

I’m looking forward to releasing more Star Wars related shirts in the future to further showcase my love of the franchise. Be sure to sign up for the newsletter on the Seventh.Ink site to be among the first to know about new releases so you don’t miss out on great opportunities. 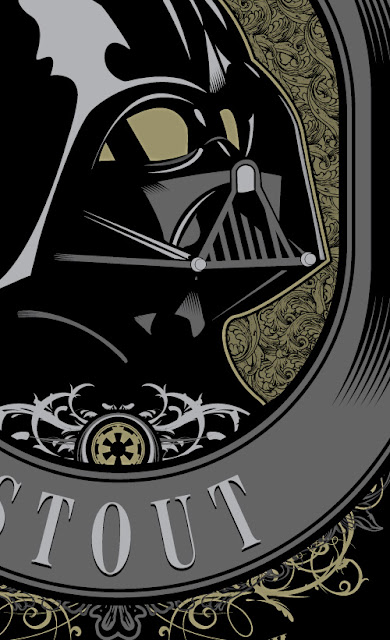