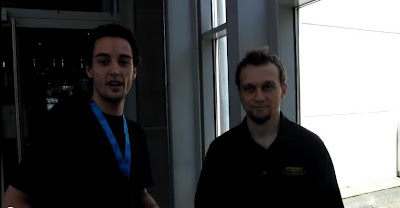 Swtor.eu did an interview with Gabe Amatangelo at this years Gamescom. The website is normaly in french but they did this interview in English ( A French man interviewing a German guy in English – what do you know).

The two main highlights of the interview is that we can expect Mechanics to prevent ganking lower levels, and Daily quests on Ilum in SWTOR.

6 dailys on a frozen daily planet. I guess we can call it cool grinding….

Mechanic to prevent ganking lower levels that they’re not ready to talk about? Hm, I’m skeptical. With Bioware’s reasoning on their death system (“It’s not fun … “”) I’m a little worried they’re listening to people whine about it not being fun getting killed by a higher levels in PvP. Warzones already level bolster (which is fine, IMO).

Personally, I would never overly harass lower levels (I’m too nice). But showing up to support your lower level guild mates when they’re getting ganked is part of why I play on PvP servers. Or some asshole is camping at a low level NPC? – get a group together that can take him down. Uh-oh, he calls his friends. You call yours. Epic PvP battle.

Everyone personally hates getting ganked, but ganking can spawn some of the best PvP because there’s an extra reason to show up and beat the ganker(s) back.

If you don’t want to get ganked, that’s why there are PvE servers.